GRNews
GreekReporter.comGreeceHere Are 13 Essential Tips on How to Drive (Safely) in Greece 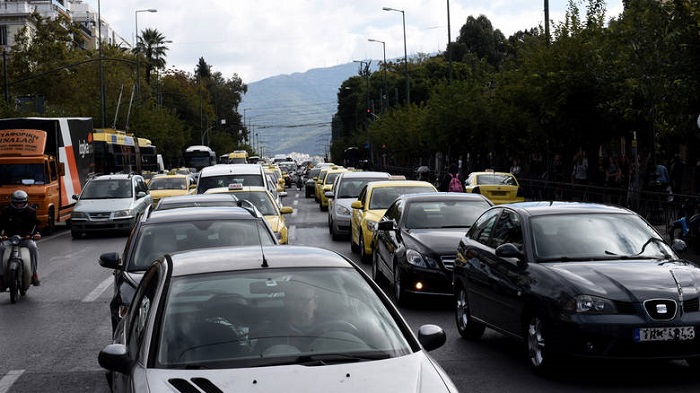 While Greeks may have a bad reputation as drivers, recent statistics show that things are gradually improving.
The facts:
Although the country still has one of the highest rates of traffic-related deaths proportionate to its population in the European Union, fatalities on Greek roads have dropped significantly.
In Greece, last year road deaths came to 69 fatalities for every 1 million inhabitants compared to a European Union average of 49 deaths per 1 million inhabitants, according to EU data.
However, road deaths dropped by 10 percent last year, compared to an EU average drop of 2 percent, and by 41 percent between 2010 and 2017.
13 tips to follow when driving in Greece:
When driving in Greece as a tourist there are several tips one should heed to be on the safe side and enjoy the beautiful landscape and the ancient treasures the country has to offer. Here are our top 13 tips:
1. We drive on the right in Greece — meaning, right-hand traffic (RHT) laws apply.
2. Do not assume that when a traffic light turns amber from green, cars will slow down as the opposite may happen.
3. Zebra (pedestrian) crossings usually don’t mean anything in Greece, and people cross the street where ever they wish.
4. Those on motorbikes more often than not don’t obey any lanes or rules, whizzing through traffic and in between cars.
5. Road signs are mostly in Greek and English but that does not mean you will always see them, especially in central Athens as some might be behind a tree or covered in graffiti.
6. As is the case with most major cities, traffic congestion can be a problem in Athens, so plan accordingly and expect the motorbikes to whiz by as you are in wait.
7. Tailgating is common in Greece.
8. Always use your hazard lights as a ‘warning’ – like the locals do – to show intention of parking.
9. Be cautious at roundabouts: a car entering the roundabout has a right-of-way, but in Greece that doesn’t mean much.
10. 30 km/hr zones in populated areas seem to be viewed by most drivers as the minimum speed.
11. Unless otherwise stated, speed limits are 50 km/h (or 32 mph) on residential streets, 90 km/h (56 mph) out of town and 110-120 km/h (69-75 mph) on most motorways — (and don’t expect those speeding to go around you, as you are expected to move and yield the lane to the “speeder” in Greece).
12. To rent a car in Greece you only need a valid licence from your home country. But according to Greek law you need a valid U.S. licence as well as an International Driving Permit. The U.S. Department of State has authorised two organizations to issue international permits to those who hold valid U.S. driver’s licences: AAA and the American Automobile Touring Alliance.
13. Fines are strict for breaking traffic laws in Greece. Running a red light or ignoring a stop sign is 700 euros. Not using a seatbelt in a car or wearing a helmet on a motorbike is a fine of 350 euros. Talking on a mobile phone without a hands-free kit is 100 euros. Driving under the influence depends on how you score on the breathalyser and can be from 200 to 1200 euros. Most of these fines also come with a loss of license for 10 days to 6 months.
Further info:
For roadside assistance call ELPA at 10400 – typically there is someone who can assist you in English.
The Emergency telephone line for visitors to Greece is 112 for information in English, French and Greek regarding ambulance services, fire brigade, police and the coast guard.
If you are using a rental car, be sure to have a 24-hour line or cell phone number for the rental company so you can contact them in an emergency if needed.