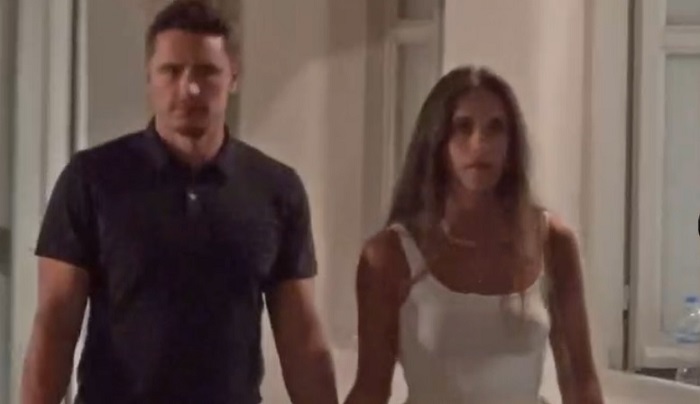 Hollywood star James Franco was spotted strolling the narrow streets of Greece’s Mykonos holding hands with girlfriend Isabel Pakzad.
The 40-year-old actor, who has been laying low after sexual harassment allegations surfaced earlier this year, looked carefree and upbeat as he took in Mykonos night-life with his 25-year-old girlfriend.
The two-time Golden Globe winner was accused of sexual exploitation by five women in a Los Angeles Times article in January.
Before they arrived in Mykonos the couple were holidaying in Santorini.
For his role in 127 Hours (2010), Franco was nominated for an Academy Award for Best Actor.
Franco is known for his roles in live-action films such The Disaster Artist (2017), for which he won a Golden Globe Award for Best Actor.
He is also known for his work on television; his first prominent acting role was the character Daniel Desario on the short-lived ensemble comedy-drama Freaks and Geeks (1999–2000), which developed a cult following.
He portrayed the title character in the television biographical film James Dean (2001), for which he won a Golden Globe Award.