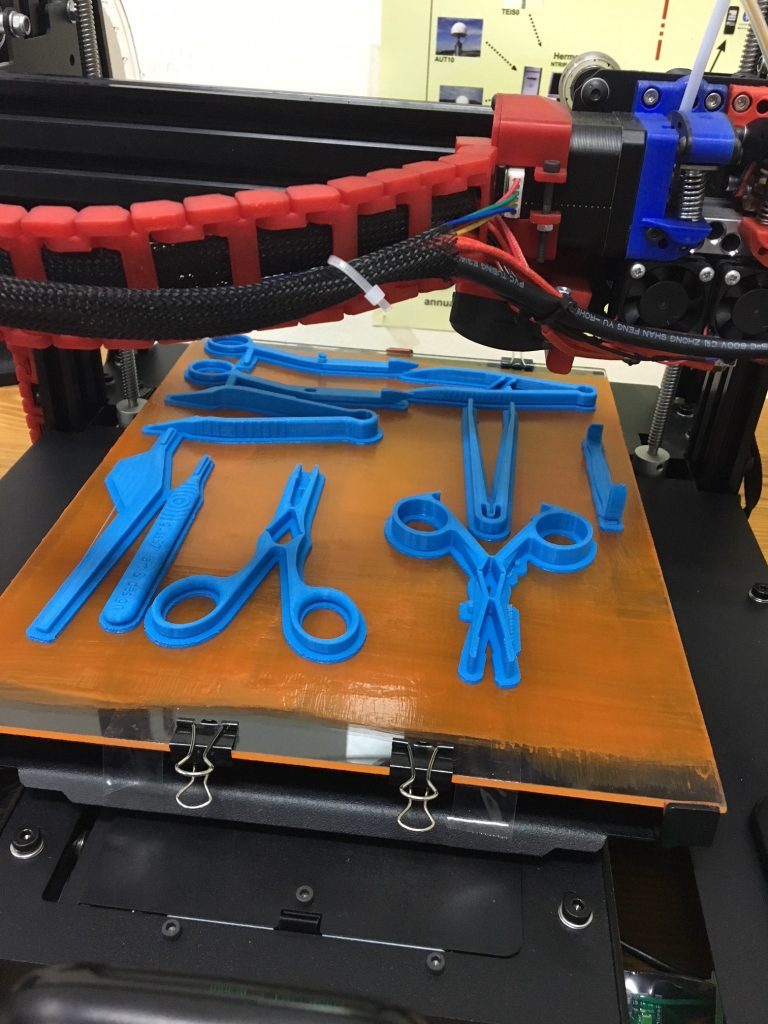 Greek surgeon Petros Baggeas has invented printed three-dimensional surgical instruments with anti-microbial and anti-bacterial properties to be used by medical students.
The printed tools were introduced in a seminar titled “ABCS3-Applied Basic Clinical Seminar with Scenarios for Students”.
The particular instruments are a global novelty as they do not need sterilization like steel ones because they carry a silver nanoparticle film that prevents bacteria from attaching themselves to it.
These instruments were developed in the First Pediatric Surgery Clinic at AHEPA Hospital in Thessaloniki under the direction of Professor Antonios Michalopoulos and at the First University Surgical Clinic at Papageorgiou Hospital, under the direction of Professor Vassilios Papadopoulos. An important contributor was a team from the University Hospital of Bern, led by Greek professor, Aristomenis Exadactylos.
Dr. Baggeas told the Athens-Macedonian News Agency: “These instruments are cut and put together to the measure we want.
“Three-dimensional printed surgical instruments have been used by U.S. Army doctors during the war in Afghanistan.
“They may be disposable but can also be sterilized up to 10 times and be used again. Their cost is minimal. For example, the printing of a surgical hook costs 1/14 the price of the classic made of steel.”
At present, the doctor explained, these instruments are not available on the market but are used in a self-funded experiment. The purpose of using three-dimensional printed tools is for situations like major disasters or wars where there is no possibility of sterilization.
As Dr Baggeas pointed out, the cost of a three-dimensional printer is not prohibitive. “In theory, printing can be done from a printer that costs €800 ($912). In the past, three-dimensional printers cost thousands of euros.”