GRNews
GreekReporter.comGreek NewsCyprusErdogan: 'Turkey Knows What to Do in the Mediterranean'

Erdogan: 'Turkey Knows What to Do in the Mediterranean' 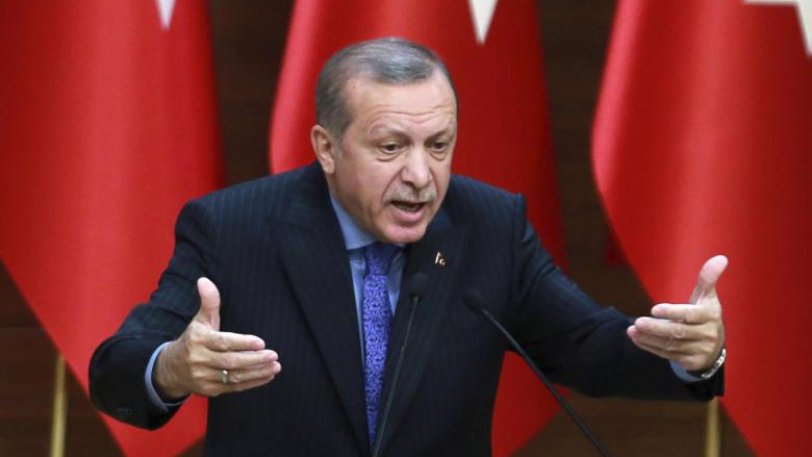 Turkish President Recep Tayyip Erdogan has strongly hinted at his intention to start drilling for hydrocarbons in Cyprus’ exclusive economic zone (EEZ) again.
“Turkey knows what to do in the Mediterranean,” the Turkish leader said during a presentation of the plan for the first 100 days of his newly elected administration, according to the Cyprus News Agency (CNA).
“[By] starting drilling in the deep and shallow waters of the Mediterranean we show our determination to protect our interests. Some met and discussed what Turkey would do. Turkey will do what it knows,” the Turkish president said, adding that Ankara will “triple the efforts” to “maximize the profit from hydrocarbon deposits”.
To that effect, he announced plans to rent a new drilling ship.
Turkish Cypriot newspaper Star also states that during the event, Erdogan also referred to the Cyprus issue.
“Talking about the fact that Turkey’s efforts on the issue of Cyprus have proved fruitless, due to the attitude of the Greek Cypriots, a different procedure will be attempted. The UN Secretary-General will be informed about the real situation on the island and efforts to persuade him will continue,” Erdogan stated.