GRNews
GreekReporter.comGreek NewsGiannis Antetokounmpo Gets a Mural in Milwaukee (photos)

Giannis Antetokounmpo Gets a Mural in Milwaukee (photos) 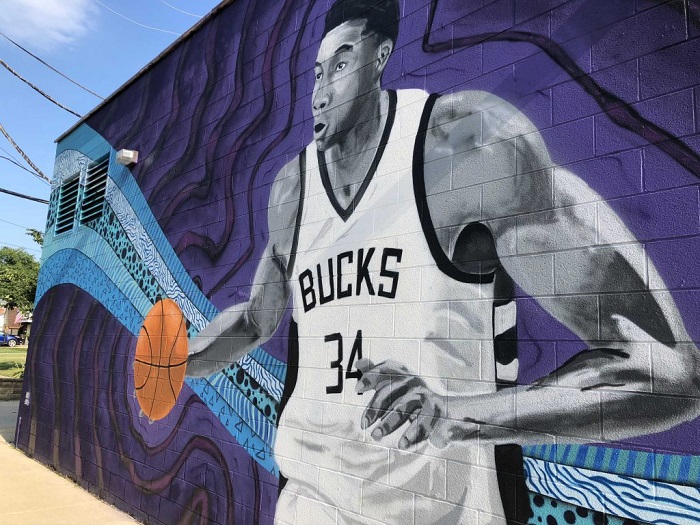 A Milwaukee resident has paid out of his own pocket for a larger-than-life mural featuring Greek NBA All-Star Giannis Antetokounmpo.

Brendan Jones, a great fan of the ‘Greek Freak’, asked Milwaukee-based artist Fred Kaems to paint the mural on the side of a building across the street from his house. 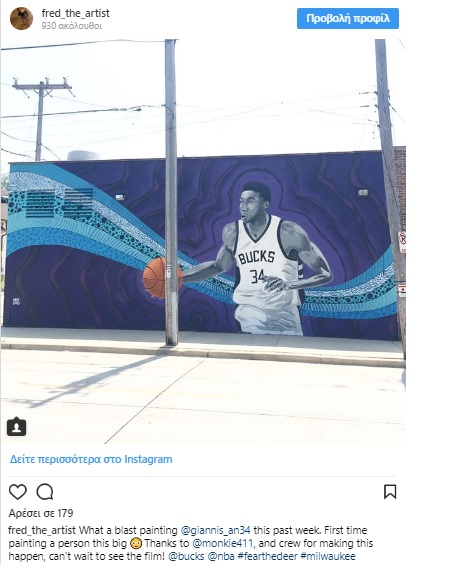 Jones didn’t seek out the Bucks’ or Antetokounmpo’s permission before commissioning the mural’s painting. “If your heart is in the right place, you won’t get in trouble,” he remarks optimistically.

The Tippecanoe resident hopes the mural will serve as an inspiration for the many kids who play basketball. “You don’t have to like basketball to like Giannis,” Jones was quoted as saying by the paper.