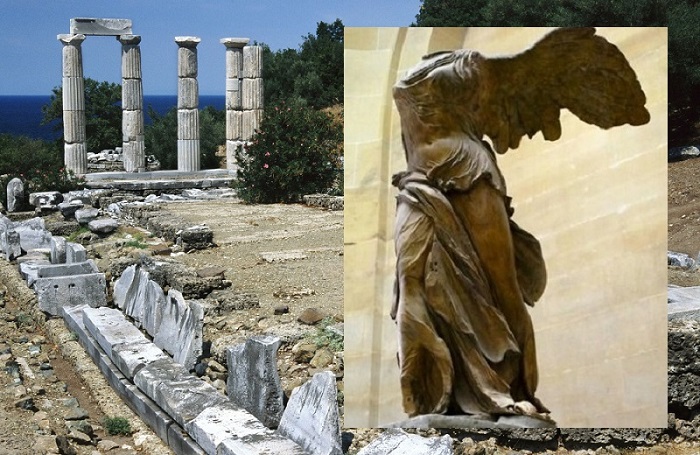 An exact replica of the Winged Victory of Samothrace, also called the Nike of Samothrace is to be installed in its natural place at the archaeological site of the Greek island of Samothrace.
The original, described as “the greatest masterpiece of Hellenistic sculpture”, has been prominently displayed at the Louvre since 1884.
Deputy governor of the Evros region, Dimitris Petrovic, told the Athens News Agency that the replica was made in a marble factory in the town of Drama and will be installed this summer.
He explained that the statue was made in the exact dimensions of the original using 3D illustrations sent by the Louvre and is weighing 6.5 tons.
Three specialist sculptors from Tinos island, famous for its marble carving, worked for more than a month to polish the sculpture.
Nike of Samothrace is one of a small number of major Hellenistic statues surviving in the original, rather than Roman copies.
The context is controversial, with proposals ranging from the Battle of Salamis in 306 BC to the Battle of Actium in 31 BC as the event being celebrated.
The statue is 244 centimetres (8.01 ft) high. It was created not only to honor the goddess, Nike but also to honor a sea battle.
It conveys a sense of action and triumph as well as portraying artful flowing drapery, as though the goddess were descending to alight upon the prow of a ship.