TechNews
GreekReporter.com Greek News Culture What is the National Dish of Greece?

What is the National Dish of Greece?

By Kerry Kolasa-Sikiaridi
June 29, 2018
Facebook
Twitter
WhatsApp
Linkedin
Email
This may or may not surprise you – there is more than one national dish of Greece. That’s right, while many countries single in on one traditional dish to help define their nation’s identity and self-image, Greece, a country made up of diverse terrain and regional traditions, has a total of 6 dishes that are considered to be the national dish and represent Greek culture.
These dishes represent Greeks’ love for healthy, local produce and meats, as well as the Eastern Orthodox Religion – just as in the age of European empire-building, when different nations began defining themselves from one another by showing off their best recipes.
In Greece, the national dishes are gyro, moussaka, souvlaki, magiritsa, kokoretsi and fasolada. All of the dishes are made differently, depending on the region or island in Greece.
Here’s more details about these national dishes that are already some of your favorite Greek food:
1. Gyro – Made with meat cooked on a vertical rotisserie, and served in a pita, with tomato, onion, tzatziki, lettuce and french fries. 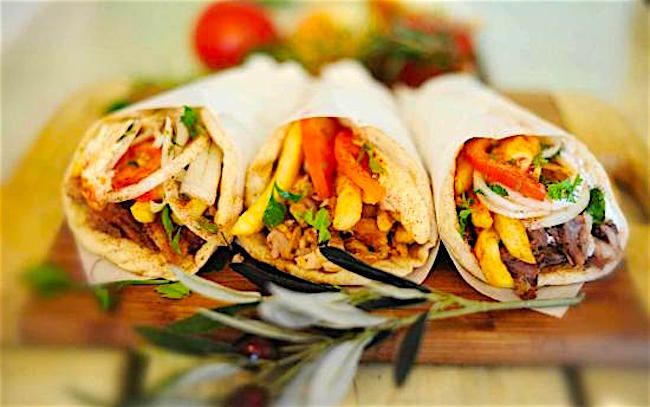 2. Moussaka – A layered dish made of sautéed eggplant, minced meat, and is topped with a Béchamel sauce. 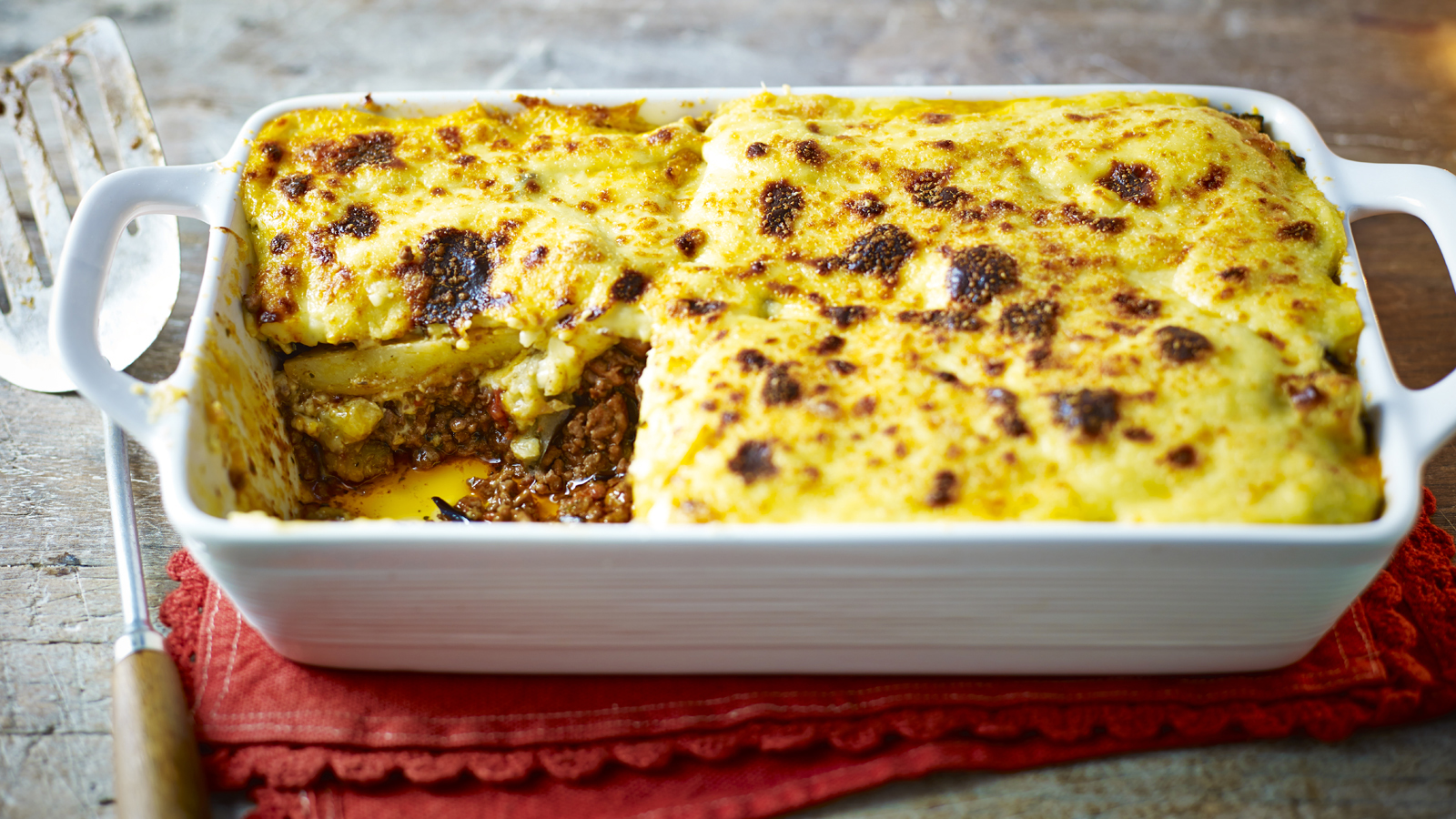 3. Souvlaki – Grilled pieces of meat on a skewer (sometimes layered with vegetables). This is usually served with pita bread and lemon wedges.

4. Magiritsa – This Easter dish is a tradition across the country, although it varies in different regions. Mostly consumed as a soup, it is consumed immediately after the midnight Divine Liturgy in the Greek Orthodox Church. It is made from lamb offal and seasoned with onions, dill, butter, rice and avgolemono. 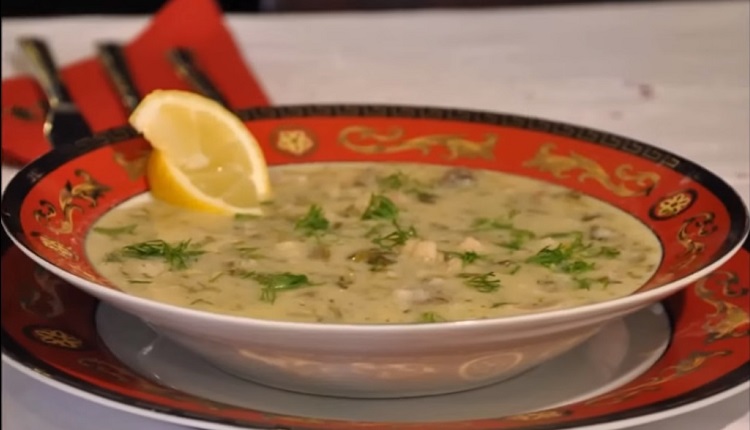 5. Kokoretsi – This dish is also consumed at Greek Orthodox Easter, but not exclusively. This rotisserie dish is made of lamb or goat intestines, heart liver and other organ meat wrapped in caul fat (or lace fat) and then by yards of cleaned intestines. 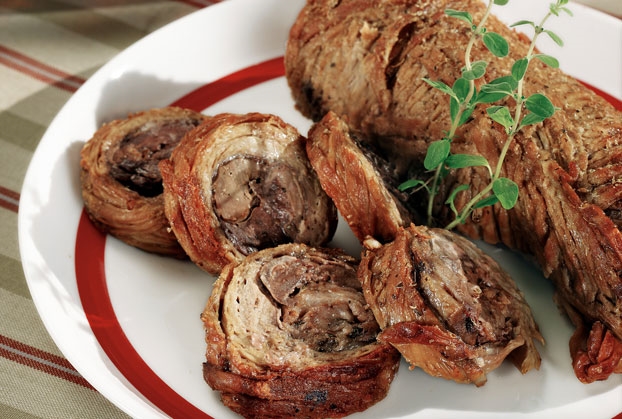 6. Fasolada – Made from white beans, olive oil, and vegetables, this dish is eaten year round throughout Greece. 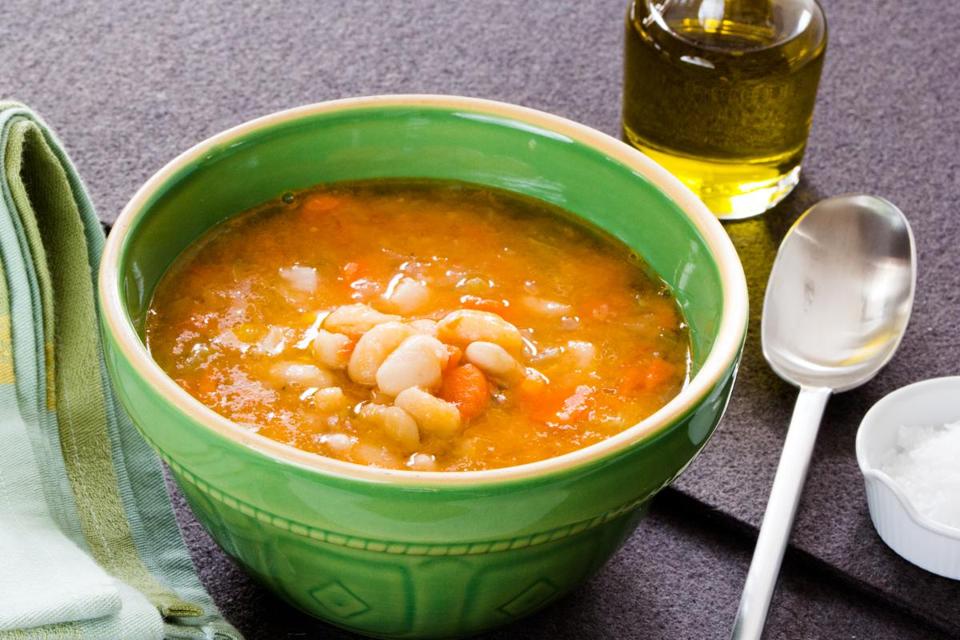