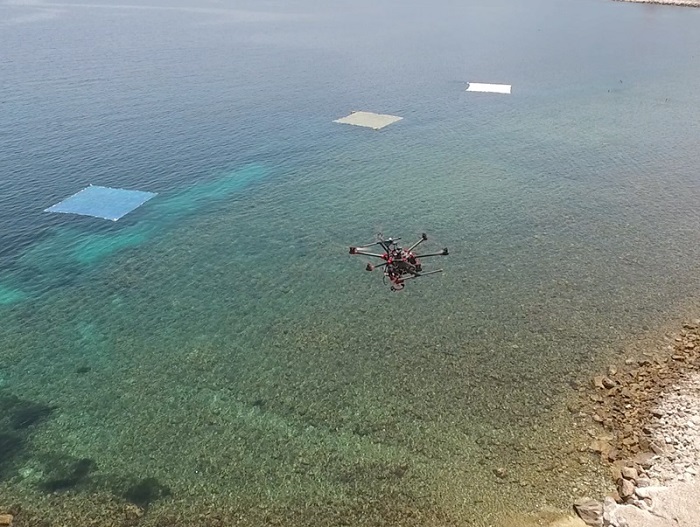 Researchers from the University of the Aegean have developed an innovative experiment off the coast of Lesvos to tackle one of the biggest environmental challenges: the fight against plastic pollution.
The team has developed a system that can search, find and then track millions of tonnes of plastic that are on or near the surface of the sea, estimating the density of plastic in a body of water. 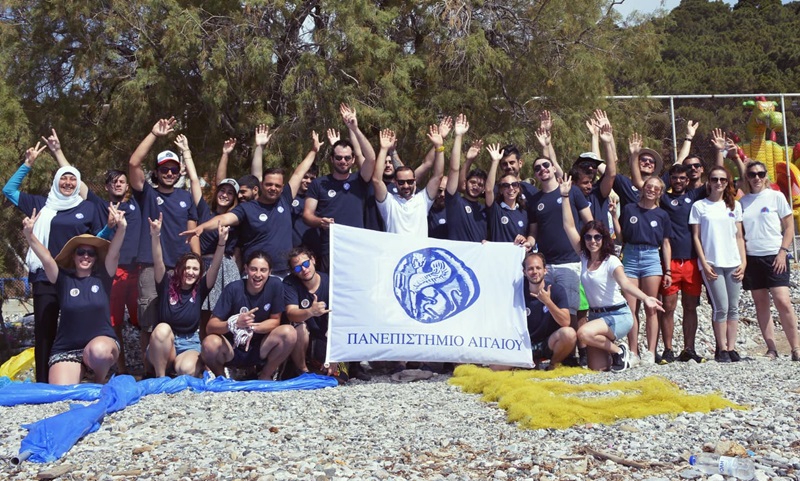 They have set up three floating targets which were set in position on June 7 off a Lesvos beach. Meanwhile, four satellites (Sentinel-1, Sentinel-2, TeraSAR-X and WorldView-3) have collected data from the area, recording the presence of the plastics in many, different ways.
At the same time, four drones have been used to chart the position and density of the plastic pollution with great accuracy, at specific band regions. 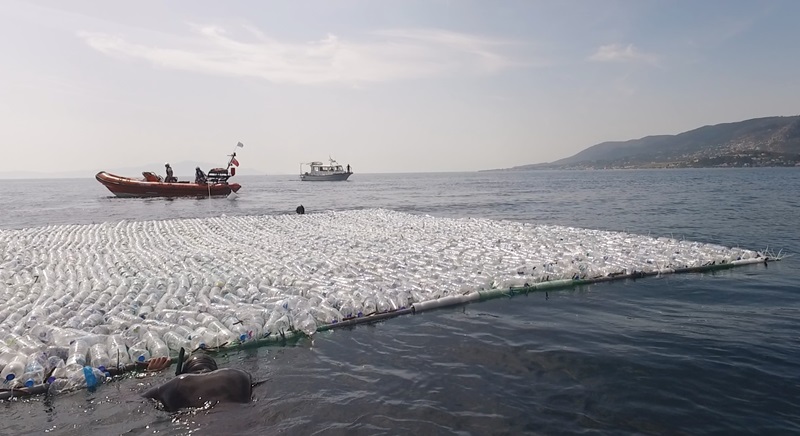 “Our targets show up very well in the satellite images…We are essentially in a position to say that we can see the plastics in great concentrations on the surface of the sea,” said Aegean University Professor Constantinos Topouzelis, who heads the team, in statements to the Athens-Macedonian News Agency.
Asked whether the system would work in other seas, apart from the Aegean, Topouzelis replied affirmatively, saying the process followed indicated that this would be possible.
A report by the Worldwide Fund for Nature (WWF) published last week claimed that the Mediterranean has the highest levels of plastics pollution in the world.