GRNews
GreekReporter.comGreek NewsDiplomacyU.S. President Donald Trump Stops Over at Souda Base on Crete

U.S. President Donald Trump Stops Over at Souda Base on Crete 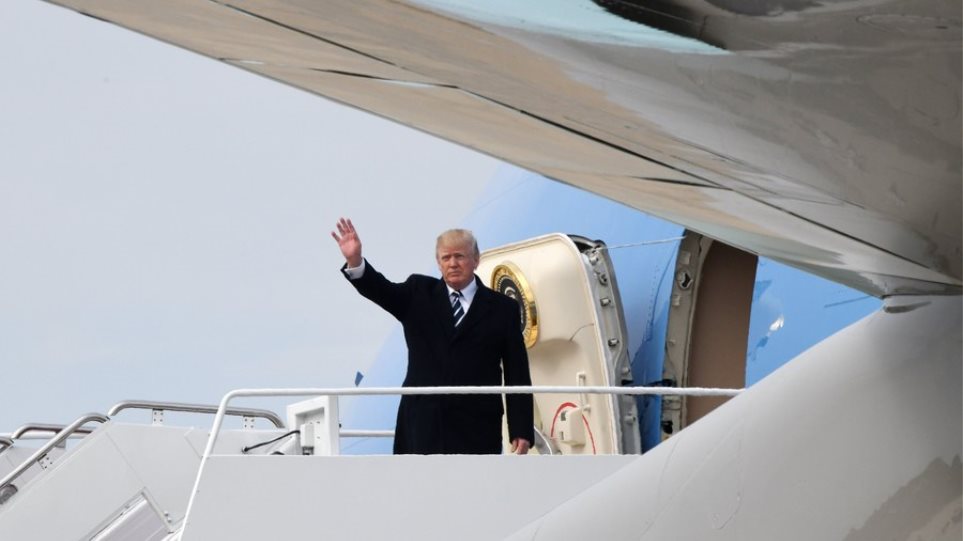 Air Force One landed on Souda U.S. base on Crete at 3:07 on Sunday for refuel with President Donald Trump on board on his way to Singapore for the critical meeting with North Korean leader Kim Jong Un.
“Air Force One landed on the Greek island of Crete at 3:07 local time, about eight hours after leaving the Bagotville airbase (in Quebec, Canada). Our destination for refueling is the bay of Souda, where it seems to have a beautiful Mediterranean night,” says the telegram of the press team.
Air Force One departed at 4:41 local time in Greece with the final destination being the Paya Lebar Air Base in Singapore.
The trip is estimated to last for 10 hours and 13 minutes and Air Force One is expected to land at 8 pm local time Singapore.
U.S. President leaves G7 in disarray
The U.S. President left the G7 summit after a fruitless debate on trade tariffs.
Trump rejected the joint communique so Canada, Britain, France, Germany, Italy and Japan did no issue a statement as they could not reach a consensus on trade.
The U.S. President blamed Canadian Prime Minister Justin Trudeau for high tariffs and called him “dishonest and weak”. He also attacked the trade policies of other countries.