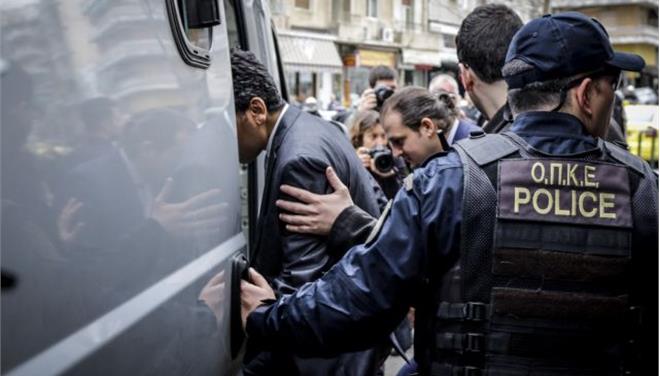 The eight Turkish soldiers who were granted political asylum in Greece are kept heavily guarded in an undisclosed army camp as authorities fear a possible assassination attempt.
According to newspaper Ta Nea, Greek authorities are concerned about the safety of the eight servicemen after statements by Turkish officials that Ankara will “find them wherever they are, pack them and take them back to Turkey.”
The eight army officers arrived in Greece a day after the failed coup attempt in the neighboring country. They were granted asylum irrevocably after several trials and appeals. Turkey had insisted all along that the “coup plotters” should be extradited.
The biggest fear of Greek authorities is that the Turks may try to assassinate them. In Turkey, the eight men are branded as “traitors” and “terrorists”.
According to Ta Nea, the eight servicemen are kept well-guarded in an army camp in mainland Greece. The security measures are very strict and are constantly updated based on new information.
Special units of Greek police are employed on a 24-hour basis to guard the eight soldiers, while an electronic protection net has been set up in the area, while the surveillance measures, including cameras operating non-stop.
The eight men stay in a specially designed space in the camp and, as Ta Nea says, they, spend their time reading, watching television and trying to learn Greek while one of them plays bouzouki.
Turkish prime minister: It is impossible to accept what Greece has done
Turkish Prime Minister Binali Yildirim said on Saturday that Turkey cannot accept what Greece has done, meaning the release of the eight Turkish servicemen.
“It is not possible to accept what our neighboring country, Greece, did. They left the Gulenists (coup plotters) free, though there have been so many dead and injured in the failed coup, and this is not in line with good neighborly relations,” Yildirim said.