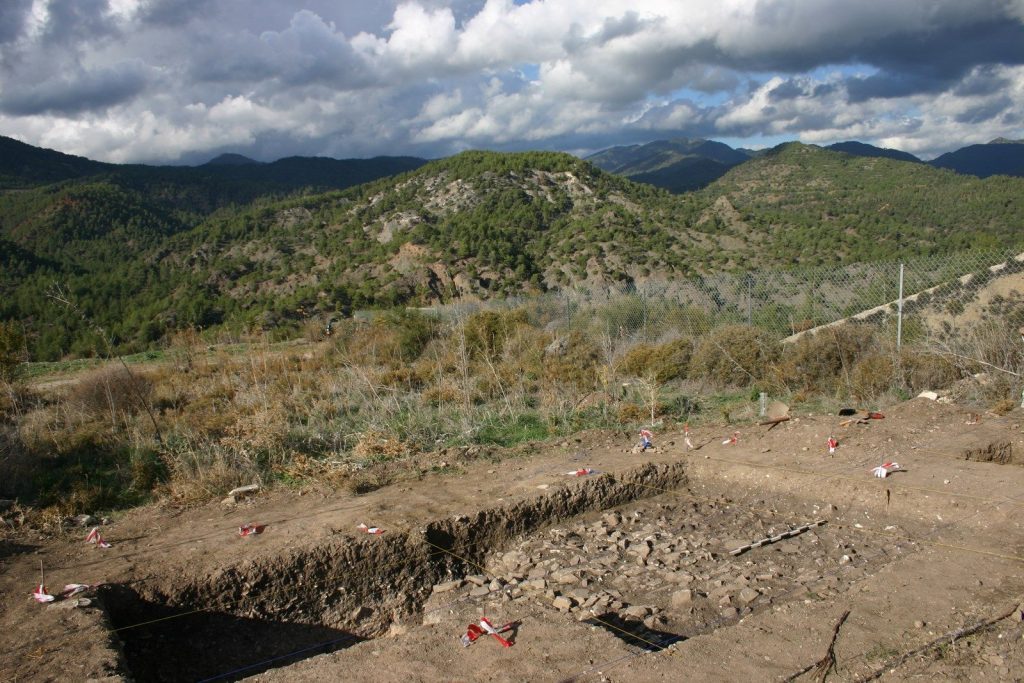 Greek researchers have made an exciting discovery of Neolithic objects in the Troodos mountains of Cyprus.
A team from the history and archaeology department of the Aristotle University of Thessaloniki (AUT) found stone tools, pictographs, jewelry and animal feed in the south foothills of the Troodos near the Xeros River in the Paphos district.
According to the Cyprus Mail, the new finds were discovered very close to an earlier hunter-gatherer settlement named Ayios Ioannis/Brescia-Rhoudias, which has been excavated by the same AUT team for a number of years.
The new location has been named Ayios Ioannis/Brescia-Ano Rhoudias and based on the finds it seems to have been an agricultural settlement.
In a statement, Cyprus’ Antiquities Department said: “This new evidence confirms that the mountainous hinterland of Cyprus is equally important to the research interests as the lowlands and mainly coastal areas as far as the early prehistory of the island is concerned.”
The finds are very important in understanding the island’s early prehistory (10,000 – 6,000 BC), the antiquities department said.