I was Attacked by Organized Fascists, says Thessaloniki Mayor 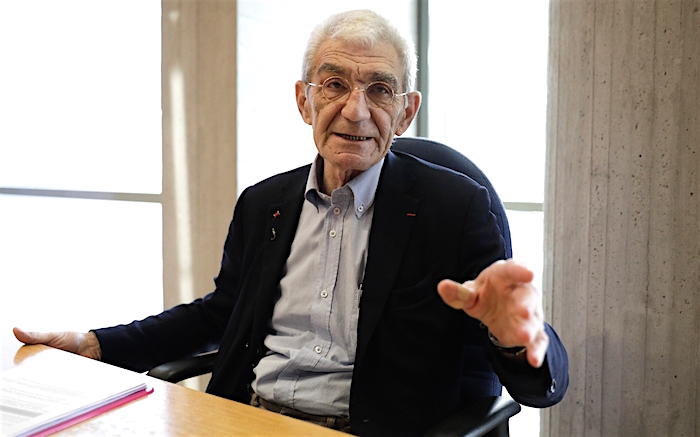 “You know why this thing happened on the weekend? Because we opened the doors and windows of this city so that some fresh air gets in,” said Thessaloniki Mayor Yiannis Boutaris on Monday.
“You can not build your future if you don’t know your past,” Boutaris underlined, speaking at the City Council Meeting, two days after his violent beating by thugs. The meeting started with a video of the assault, for which four people have been identified and arrested.
Dozens of party representatives and officials from several municipalities were present at the City Council Meeting and expressed their support to the mayor while condemning the violent assault against him.
The Thessaloniki mayor blamed organizations of the extreme right as perpetrators of the assault against him.
“Those who attacked me had no relation with the Pontian Genocide Memorial Day. I know who they are. They were organized fascists. They attacked me as a person and as the mayor … They told me: Who invited you here? The mayor does not need an invitation. He has an obligation to attend such events,” Boutaris said.
“Thessaloniki is a city of refugees. We all have to work together to break this abscess called fascism, whether it is overt or hidden,” Boutaris continued.
“We will not allow ourselves to return to the era when Thessaloniki had the bad name of harboring extreme rightists. We will not allow the conservative establishment of the city to consider it its own feud. I have a warning for them: Democracy came to Thessaloniki to stay. Thessaloniki must become the most democratic city in the world. And whoever does not agree with us, vote against us. It’s up to you.”