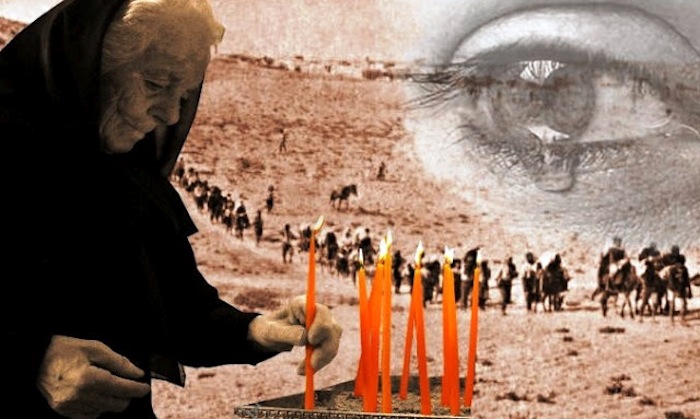 On Feb. 24, 1994, the Greek parliament voted unanimously in favor of recognizing the Pontian Genocide and instituted May 19 as a Remembrance Day.
The history of the Pontic Greeks goes as far back as Ancient Greece. After the fall of the Black Sea kingdom of Trebizond (centered on modern-day Trabzon) to the Ottomans in 1461 and also during the 18th and 19th centuries, Pontians migrated to southern Russia and the Caucasus.
By the mid-19th century the Greeks of Pontus started growing, economically and demographically. In 1865 there were 265,000 Pontians and by 1880 their number grew to 330,000.
In the early 20th century their number touched 700,000. In 1860 there were 100 schools in Pontus, along with printing businesses, newspapers, magazines, clubs and theaters. 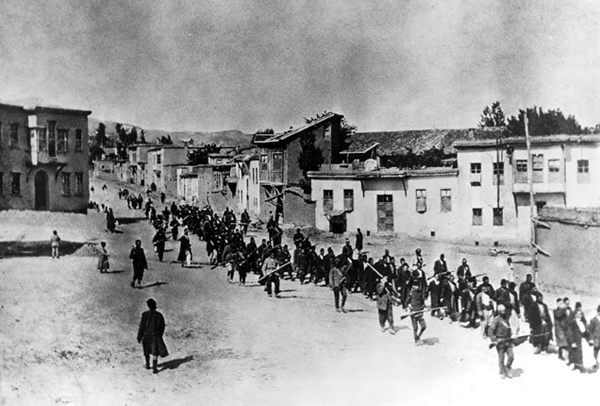 The year 1908 was a milestone for the peoples of the Ottoman Empire. It was the year of the Young Turk movement, the hard nationalist party that launched the persecution of Christian communities and started the Turkification of the region.
These Turks, on the pretext of ‘national security’, displaced the majority of the Greek population in Asia Minor’s inhospitable hinterland, via so-called “labor battalions”.
The men who were not joining the Turkish army were forced to join these units. They were put to work in quarries, mines and road construction under crippling conditions. Most were dying of hunger and disease.
Reacting to the oppression of the Turks — the murders, deportations and the burning of villages — the Pontic Greeks took to the mountains to salvage what was possible. After the genocide of the Armenians, the Turkish nationalists under Mustafa Kemal Ataturk started the extermination of the Pontic Greeks.
In 1919 the Greeks, with the Armenians and the temporary support of the Eleftherios Venizelos government, tried to create a standalone Greek-Armenian state. This plan was thwarted by the Turks, who took advantage of the event to advance to the ‘final solution’.
On May 19, 1919, Ataturk landed in Samsun to start the second and most brutal phase of the Pontian Genocide under the guidance of German and Soviet advisers. By the time of the Asia Minor Catastrophe of 1922, the number of Pontians who died had exceeded 200,000; some historians put the figure at 350,000.
Those who escaped the Turkish sword fled as refugees to southern Russia. After the end of the 1919–22 Greco-Turkish War, most of the Pontian Greeks remaining in the Ottoman Empire were transferred to Greece under the terms of the 1923 population exchange between Greece and Turkey. Their number is estimated to be 400,000.