By Tasos Kokkinidis
May 10, 2018
Facebook
Twitter
WhatsApp
Linkedin
Email
Greece’s president called for the return of the Parthenon Sculptures on Wednesday as British royals Prince Charles and Camilla, Duchess of Cornwall, kicked off their three-day visit to the country.
“We hope that the return of the Parthenon Sculptures will, finally, be possible,” Prokopis Pavlopoulos said, during his address at an official dinner at the presidential mansion.
Citing Britain’s long tradition in classical studies, as well as the bilateral cooperation between the two countries in this area, Pavlopoulos noted that this and the ties of friendship between Greece and Britain created hope that the sculptures will eventually return and that the unity of the Parthenon will be restored. 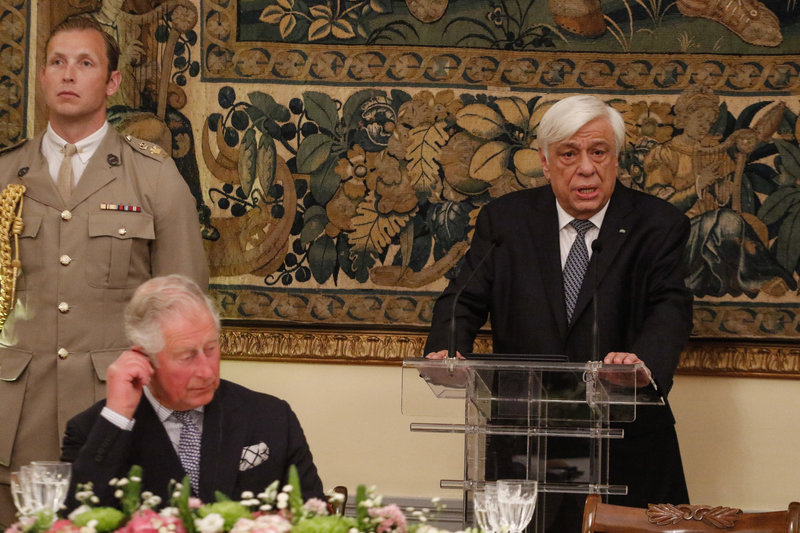 Greece considers the United Kingdom a valuable partner within the European Union, Pavlopoulos said, expressing hope that the final decisions taken in Britain will have its European orientation in mind.
“Regardless of this, however, and under any circumstances, our two countries’ harmonious course, side by side, will continue undisturbed,” he added.
The president’s speech referred to the long historic ties between Greece and the United Kingdom, which dated back to the formation of the modern Greek state, as allies and through the strong naval traditions of both countries.
On his part Prince Charles tackled his father The Duke of Edinburgh’s – native tongue and was greeted with rapturous applause for his efforts.
In Greek, which he has been practicing ahead of the trip to Athens and Crete, Charles said, “We want to thank you for your warm welcome and heartfelt hospitality.” 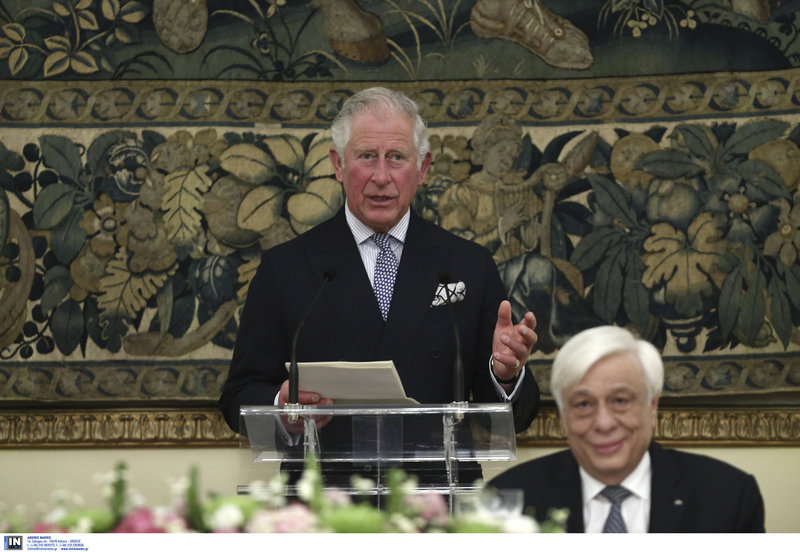 He also spoke about the bond that tie Britain and Greece.
“Our countries lie at opposite ends of the continent that we share. Our languages resemble each other only a little; our climates, I need hardly say, even less so! Yet there is, and has long been, an essential bond between us and between our people.
“In Britain, as across the Western World, the profound influence of Greece has, since ancient times, shaped the way we think, the way we build, the way we learn and the way we govern.
“As the great English Poet, Percy Bysshe Shelley, said: “We are all Greeks. Our laws, our literature, our religion, our arts have their root in Greece.”

Time and again the “tides of history” have brought us together he said. He said both countries stand for, “freedom, democracy and tolerance.”
“In the Second World War, Greece bravely endured such terrible suffering and privation, as so many of your own parents and grandparents will have known at first-hand.
“My own Grandmother, Princess Alice, remained in Athens during those dark years and did whatever she could to help some of those most in need.”