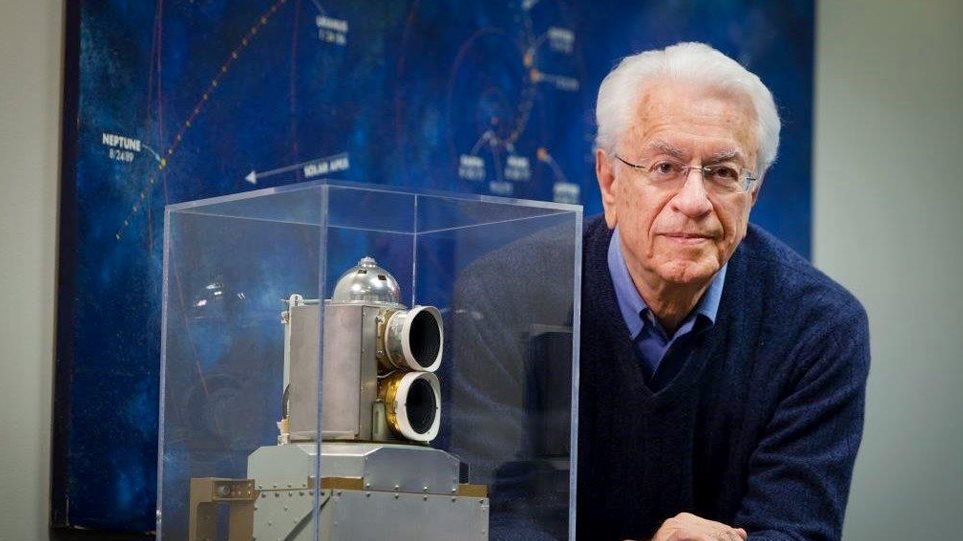 Dr. Stamatis Krimizis the renowned Greek scientist in space exploration, who returned to Greece to help his country, has announced he is quitting from the helm of the newly-established Hellenic Space Agency (HSA) citing bureaucratic and politically-motivated obstacles to his work.
Krimizis, who has contributed to many of the United States’ unmanned space exploration programs was persuaded by the leftist government to return to Greece to take over the agency.
“It is everyone’s duty to the nation, the duty of all political parties, to support this effort,” he said at the time.
His job was to organize and lead the HSA, established in December 2017 to coordinate all space activities and represent the country in international space-related organizations.
But only after a few weeks at the job, Krimizis resigned.
In a lengthy resignation letter he writes about ministerial decisions that “practically invalidated the reason for the existence of HSA”.
The agency, he says, became an “unreliable bureaucratic structure” and a “puppet for politicians in charge.”
Krimizis singles out Secretary-General of Telecommunications and Posts Vasilis Manglaras, whom he calls “Space Czar”, although, as he claims, he has no knowledge and experience in this field.
“It became clear to me that I am superfluous to needs, since I will not accept becoming anyone’s mouthpiece,” Krimizis said in his resignation letter.
In an interview with Greek daily Kathimerini earlier in April, Krimizis said that his guiding principles were “excellence, meritocracy, performance and ethos”.
He acknowledged that it took him some time to agree to the invitation from the Greek government.
“I wanted certain assurances that the principles I have described will be respected and applied. Another reason I agreed was that many of my colleagues here asked me to help in this new endeavor and I felt it was something I had to do.”