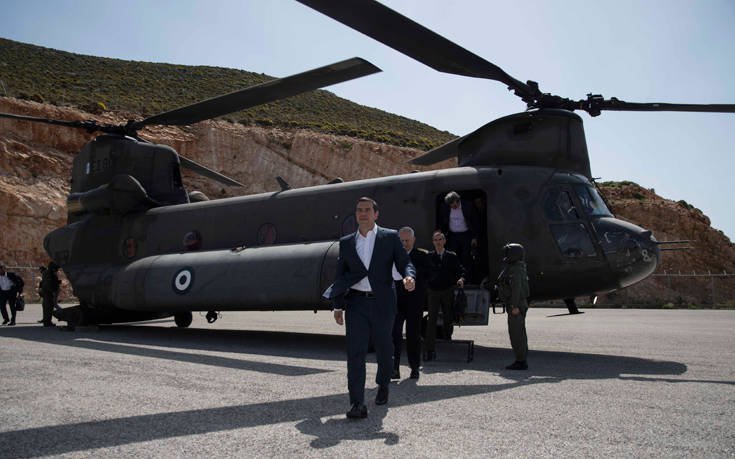 Two Turkish fighter jets flying at 10,000 feet just outside Greek airspace approached a helicopter carrying Greek Prime Minister Alexis Tsipras and asked the pilot for a flight plan.
According to ANT1 television, aboard the helicopter was the General Chief of Staff, Admiral Evangelos Apostolakis, and other officials returning to Rhodes after a visit to the island of Ro. The helicopter was flying at 1,500 feet at the time.
The Greek pilot ignored the Turkish pilots and informed the prime minister of the harassment. Immediately, two Greek Air Force fighter aircraft appeared, flying at 20,000 feet. Upon their arrival, the Turkish planes flew east.