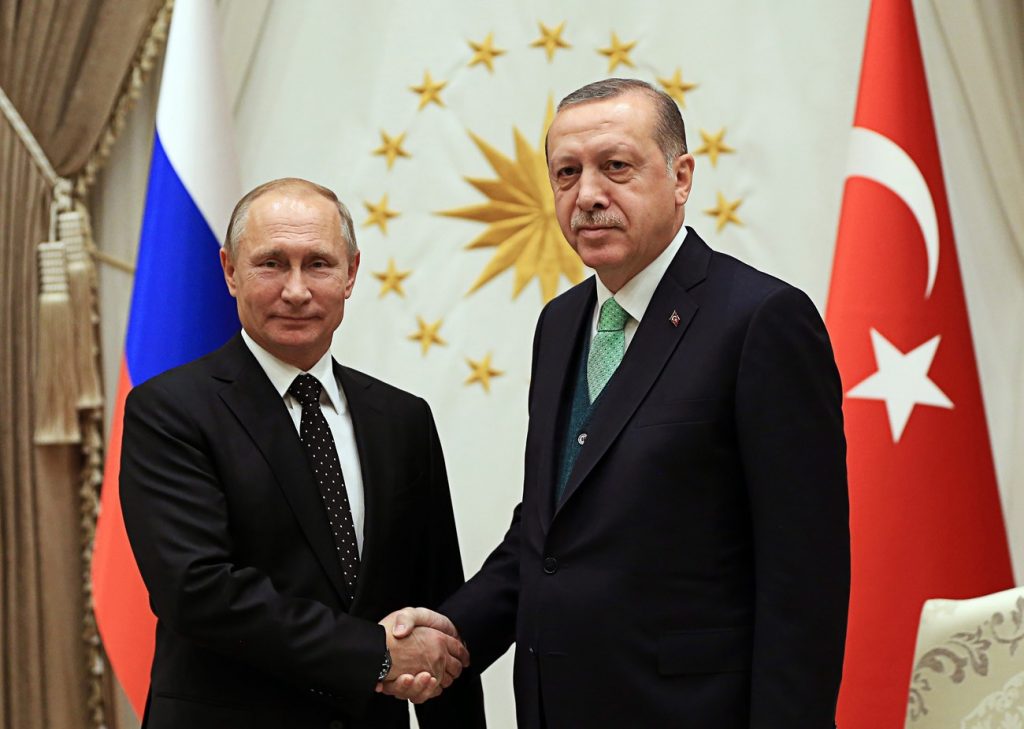 Work has begun on a huge nuclear power plant in Turkey which could deepen strategic and political ties between Ankara and Moscow.

Putin and Erdogan observed the ceremony by video call after Putin was met in Ankara by the Turkish leader. Tuesday’s event marks the first concrete steps in the plant’s construction after it was agreed in an inter-governmental deal eight years ago.

According to state-run Anadolu Agency, Erdogan said: “We are witnessing a historic moment in terms of development of our country and cooperation with Russia on energy.”

Putin was quoted as saying he wanted to see the first reactor at the plant up and running by 2023.

Turkey is largely energy-dependent and it is thought the Akkuyu NPP could supply up to ten percent of the country’s needs once it is fully operational.

The nuclear deal will go some way to restoring ties between the two countries which suffered when Turkish forces shot down a Russian warplane in November 2015, claiming it had entered Turkish airspace.

Erdogan was eventually forced to apologize for the incident, which led to plummeting numbers of Russian tourists to Turkey and sanctions which hit Turkish exports.

The Hellenic-American Chamber of Commerce will sponsor the first virtual tour of the Acropolis Museum, to take place on April 10 at 11 AM EST.
Greek News