Asylum Applications in Greece Increased in 2017 – Highest Number in EU 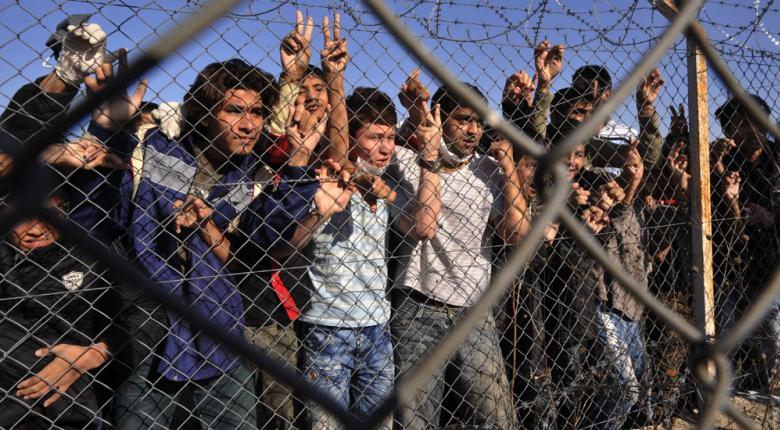 Asylum applications in Greece increased by 15 percent in 2017 compared to 2016, according to the AIDA Report on Greece for 2017, presented by the Hellenic Council for Refugees on Friday.
According to the Asylum Information Database (AIDA) of the European Council, the total asylum applications amounted to 58,661. Applications in Greece reached 8.5 percent of total applications in the EU, which makes it the country with the highest number of asylum applicants in the EU.
Presently there are 36,340 pending applications in Greece. The majority of asylum seekers are Syrian refugees, estimated at around 28 percent of applicants. One in three applications are pending for more than six months, while 4,000 applications are pending for more than one year.
The average time for the completion of asylum application procedures in 2017 is estimated to be six months. “Delays add significant pressure on the hosting system as applicants remain in hospitality structures for a longer period of time, which limits  the ability of new people to enter the structures,” Alexandros Konstantinou, a member of the Greek Council for Refugees told the Athens-Macedonian News Agency. By the end of 2017, the Asylum Service had been operating in 22 locations across Greece.
Forty-six percent of applicants were granted asylum, while only 27.5 percent of unaccompanied minors were properly identified. The report also says that through 2017 two out of three refugee children were staying outside the hospitality structure system. In addition there were serious problems in family reunification cases in 2017, as all 245 applications to the Asylum Service have been rejected.
Finally, the report says, arrivals decreased compared to 2016, as 29,718 people arrived in Greece in 2017. However, in 2017 there was an increase of arrivals from Evros (5.300) compared to 3.098 in 2016. Arrivals continue to be mainly from countries facing security issues, with about 60 percent of them being women and children and 40 percent men.

Greece and UK Sign Deal for Collaboration on Defense, Trade