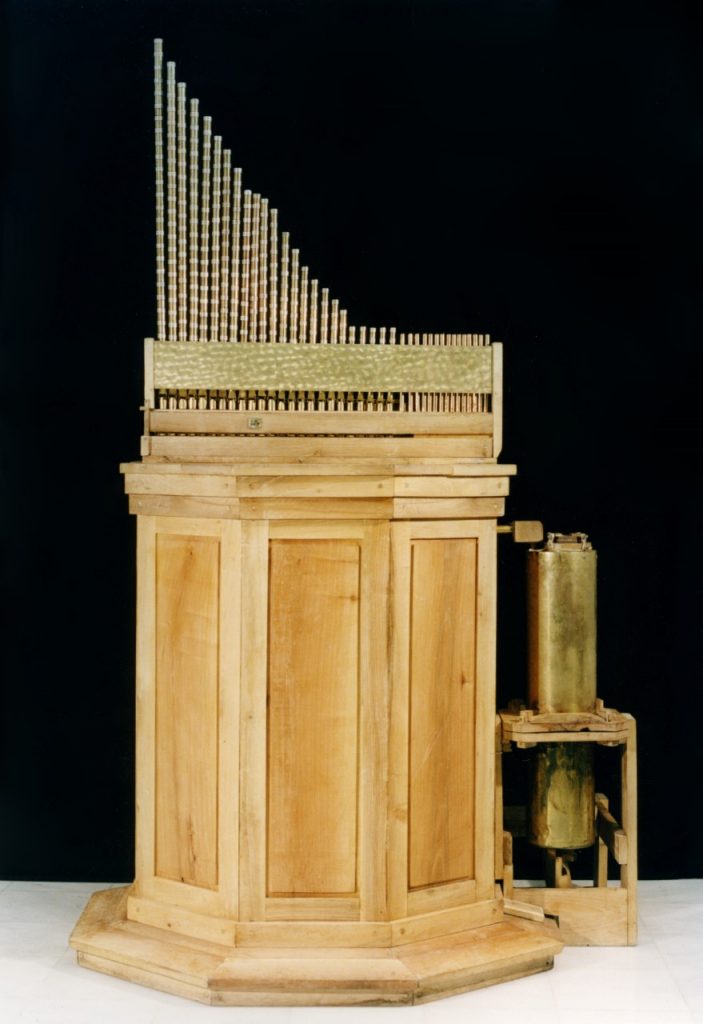 The Acropolis Museum in Athens is welcoming the summer season with an extraordinary  free concert of music played on an ancient Greek water-organ.
The ‘hydraulis’ was made in the ancient Mediterranean city of Alexandria, in today’s Egypt.
Ctesibius, a famous engineer of his time, built the first hydraulis which was operated by compressed air first channeled through a container of water to equalize the pressure.
The sound came from a row of pipes of different lengths. Parallel rows of pipes were subsequently added to give a polyphonic effect.
The powerful and pleasant sound made the water-organ very popular, and it was soon to be utilized in temples, theaters, hippodromes, fairs, and even the Roman imperial court.
Later, as barbarians raided the rich, ancient cities, the water-organ was abandoned and forgotten in the West.
However, the Byzantine court retained it in a more advanced form which did not require the use of water, and it eventually became an emblem of state.
In 1992, during excavations outside the villa of Dionysus at Dion, Professor Dimitris Pandermalis – now director of the Acropolis Museum – and his colleagues found an unexpected gem: A row of pipes and some large copper slabs bearing the impressions of pipes on the site of an ancient workshop.
Archaeologists took the precious find to the on-site laboratory where they established that it was a musical instrument, a water-organ.
The Dion water-organ dates from the 1st century BC and is the oldest surviving musical instrument of its kind. A reconstruction project started in 1995 and, four years later, a working replica of the hydraulis was made based on the archaeological finding and ancient descriptions.
The remains of the ancient hydraulis are exhibited at the Archaeological Museum of Dion.
In the Middle Ages, the hydraulis developed into the Western church organ.
Professor Pandermalis will present the history of the hydraulis and the discovery of the parts of the instrument during the Dion excavations. Following that, visitors will enjoy a virtuoso recital of hydraulis performed by famous Greek organist Ourania Gassiou. The event will close with a special harp recital performed by the talented harpist Thodoris Matoulas.
The event is organized in cooperation with the Association of Friends of the European Cultural Centre of Delphi. 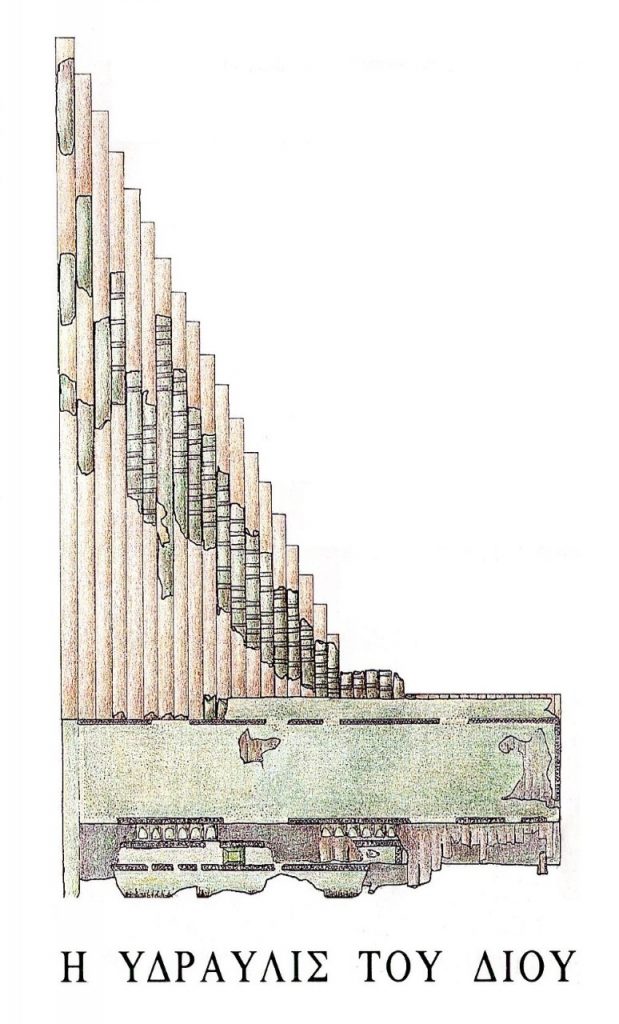