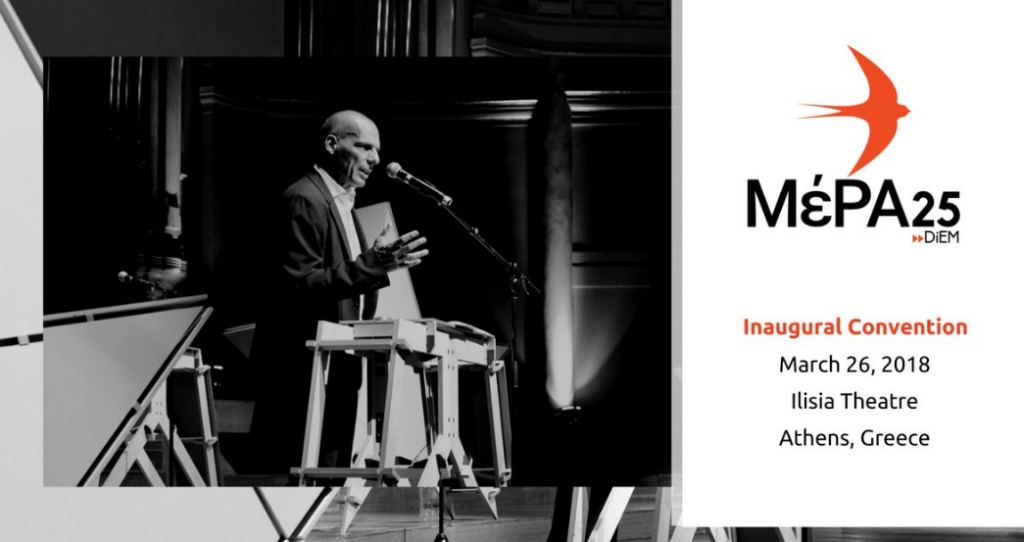 A new political party launched by former Greek Finance Minister Yanis Varoufakis on Monday claims it will use debt restructuring to curb the effects of Greece’s financial crisis.
MeRA25 (an acronym for European Realist Disobedience Front), will be an offshoot of the pan-European movement DiEM25, which Varoufakis previously helped set up.
Talking to reporters at the party’s launch in central Athens, Varoufakis; who repeatedly clashed with European creditors during his tenure as Greece’s finance minister, said austerity policies had caused a brain drain among qualified Greeks, forcing them to go overseas.
“Once your human capital has left, you are bereft,” he said.
The new party will need at least three percent of the vote to enter Greece’s parliament, but no advance polling has yet been conducted.
If it fields candidates, MeRA25 will be going up against former colleagues from Varoufakis’ SYRIZA party, including his one-time boss, Prime Minister Alexis Tsipras.
In its ‘New Deal for Greece’ program, the party says the seven-year economic crisis has kept the country “locked in a state of quadruple insolvency: with a bankrupt state, bankrupt banks, bankrupt businesses, and bankrupt households. Everyone owes to everyone and no one can pay”.
It says the most important, immediate steps should be to “reduce drastically all tax rates and the fixed cost of financial activities” and “restructure meaningfully both private and public debt”.