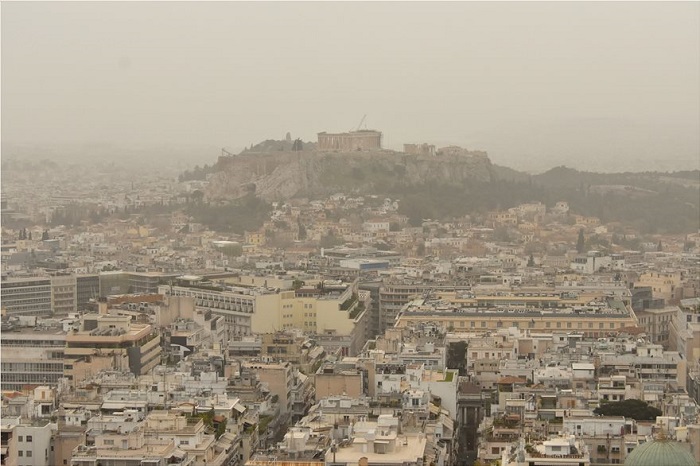 African dust that has turned much of southern Greece and Crete into a landscape more akin to the planet Mars in the last few days struck Athens on Monday.
From the northern leafy suburbs to the Acropolis and the historical centre and all the way south to Piraeus, the Greek capital was blanketed by a thick orange cloud of dust as doctors warn vulnerable people to stay indoors. 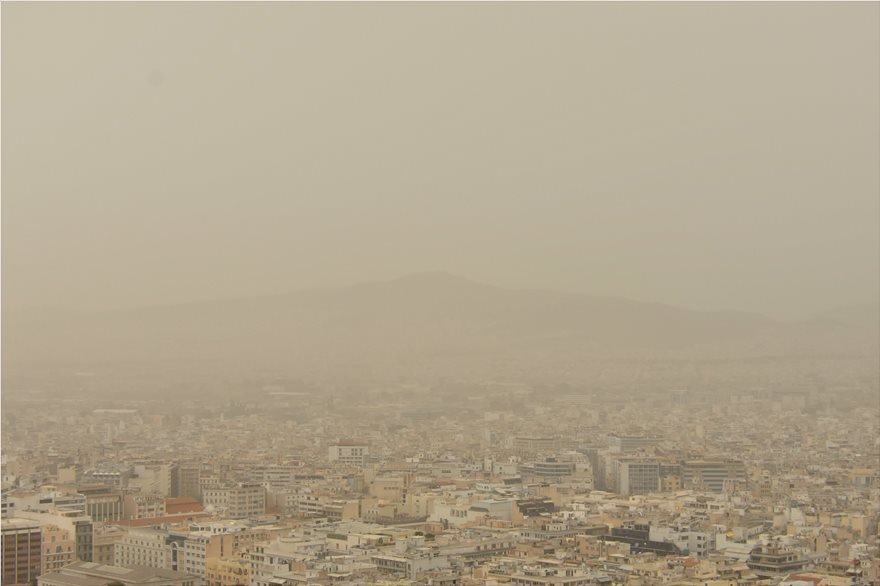 The Athens Observatory said on Friday that one of the largest ever transfers of desert sand to Greece from the Sahara took place on Thursday.
The African dust covered the entire country and concentrations were the highest in the last 10 years, according to the observatory’s meteorological service. 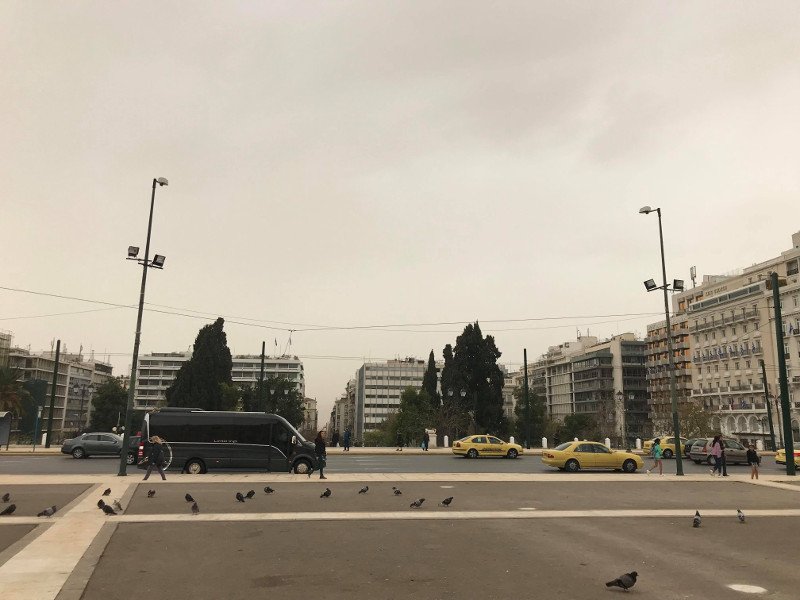 According to Professor Panagiotis Bechrakis, the dust cloud was not toxic or harmful in the same way as city smog.
However, speaking to the Athens-Macedonian News Agency he said people with respiratory problems, children and the elderly should exercise caution and remain indoors as much as possible.
He advised that people breathe through the nose as much as possible, allowing the nasal cavities to filter the particles and stop them reaching the lungs, and to not hesitate to use masks or handkerchiefs to cover their faces.
Dust storms are a somewhat regular occurrence in Greece, particularly in the springtime. Strong winds can pick up Saharan dust and carry it for thousands of miles — sometimes reaching as far as the United Kingdom.
Sand and dust storms are a natural meteorological phenomenon, although the Mediterranean region is seeing more of them thanks to global warming, land conversions, and agricultural practices that lead to desertification and drought.
Breathing dust-laden air can trigger asthma and allergy attacks, and aggravate existing respiratory issues. Over time, dust particles can damage sensitive lung tissues and result in chronic breathing problems.