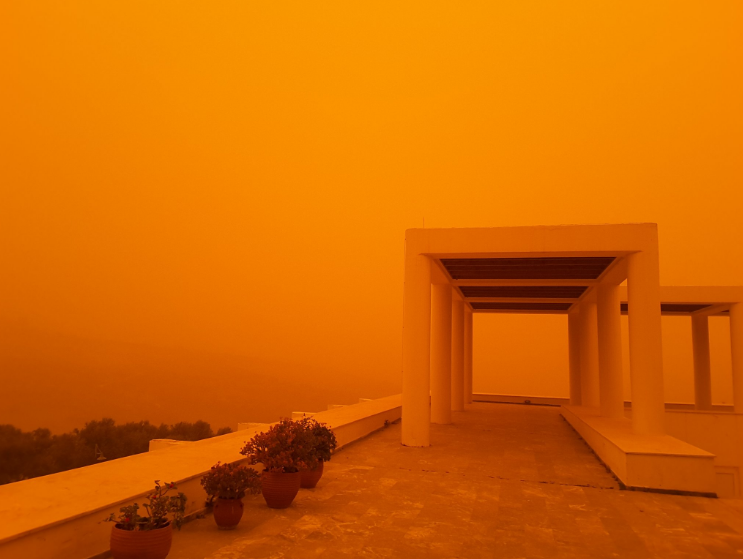 A wave of dust blown from northern Africa has blanketed the Greek island of Crete, forcing residents to don masks as doctors warn vulnerable people to stay indoors.
Blown across by freak weather conditions, the dust has turned Crete into a landscape more akin to the planet Mars than a Mediterranean island.
Images from local media show some people wearing gas masks, as local landmarks — such as the Koules fortress in Heraklion — are obscured by billowing clouds of dust.
Strong winds also caused problems for the emergency services on Wednesday night as they exacerbated dozens of wildfires which broke out amid unseasonably high temperatures. 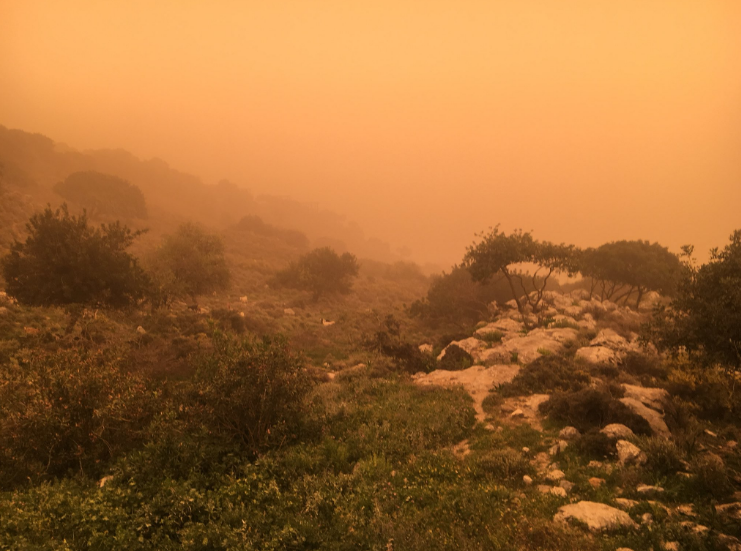 The extreme conditions were predicted earlier this week by a Greek meteorologist who said country would be divided on Thursday, with a mini heatwave in the south and snow high up in the north.
Giannis Kallianos, a regular on Greek television, used social media to claim that while there will be temperatures of between 31-32C in Crete, in the north of the country, icy temperatures will result in snowfall in areas above 800 meters. 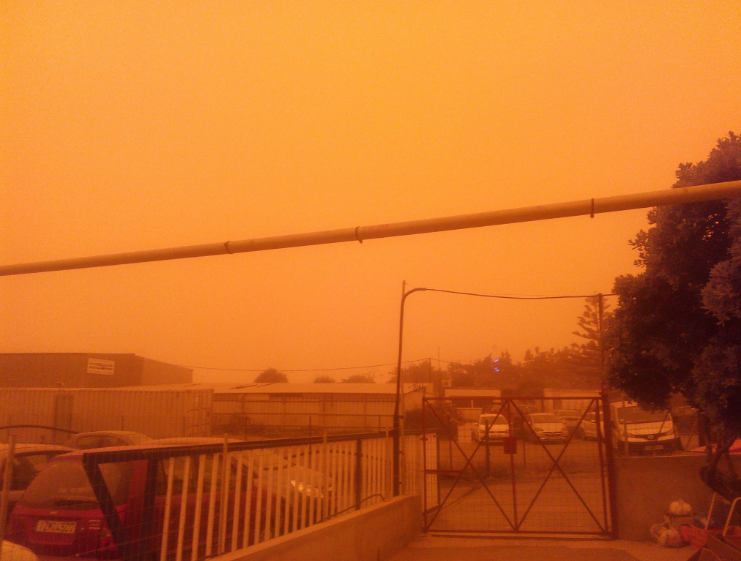 Undeterred, however, some residents have been documenting the amazing scenes, with one intrepid man taking to the island’s roads to film a high-speed documentary of the day the dust came.