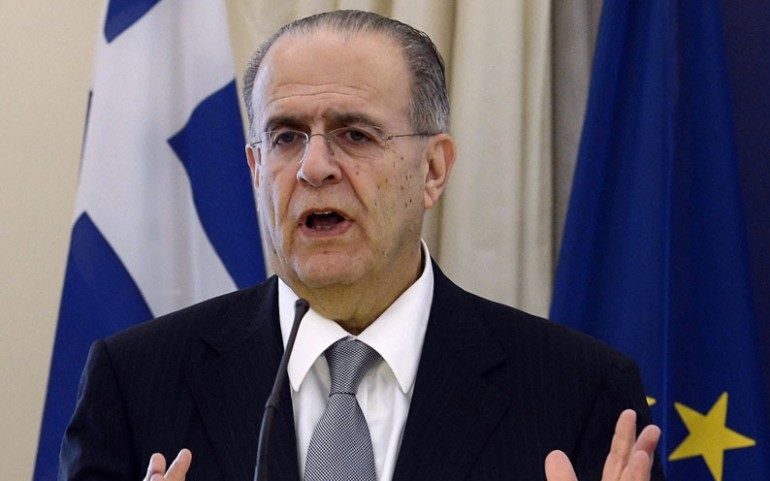 On Monday, EU foreign ministers bade farewell and thanked their Cypriot peer Ioannis Kasoulides in an emotional atmosphere, as he participated for the last time in the meeting of the EU Foreign Affairs Council.
EU High Representative Federica Mogherini praised the departing Foreign Minister of Cyprus for “the wisdom of his analysis and the decisive spirit that characterized his interventions”, according to the Cyprus News Agency.
With the post-election cabinet reshuffle in Cyprus,  diplomat Nikos Christodoulides became foreign minister, after Kasoulides’ retirement.
The last time Kasoulides served as Cyprus’ foreign minister was from February 2013 until March 1, 2018. He was distinguished for his work in the peace talks with Turkey.
Born in Nicosia, Cyprus in 1948, Kasoulides studied medicine at the University of Lyon where he graduated in 1974 with MD. From 1975 until 1981, he served as a doctor in a hospital and a lecturer in London. From 1981 until 1993, he practised medicine in Nicosia.
However, Kasoulides’ interest in politics won, as the doctor served the Democratic Rally in various roles, including that of Chair of the party’s Youth Organization. In 1991, he was elected as a member of the House of Representatives of Cyprus and in March 1993 he was appointed by then President Glafkos Clerides as Government Spokesman, a position he held until April 1997, when he was appointed Minister of Foreign Affairs.
As Minister of Foreign Affairs, Kasoulides oversaw Cyprus’ EU integration process. In June 2004, Kasoulides was elected as a member of the European Parliament. He sat on the Foreign Affairs Committee and was a substitute on the Transport and Tourism Committee.
Kasoulides held various other European Parliament committee positions, including the Presidency of the ad hoc Delegation for the Human Rights in Western Sahara. He sat  as a Member of the Bureau of the European’s People Party until November 2007, when he stood as candidate for the Presidency of Cyprus.
Kasoulides ran for President in the 2008 presidential election. He won the first round, but lost in the second to Demetris Christofias.
In June 2009, Kasoulides was re-elected Member of the European Parliament. He was elected Vice-Chairman of the Presidency of the EPP group in the European Parliament, where he was appointed as the head of the Foreign Affairs Working group.
Kasoulides is also the co-author of the book Cyprus – EU: the Accession as I Witnessed It.
[Biography information: Wikipedia]