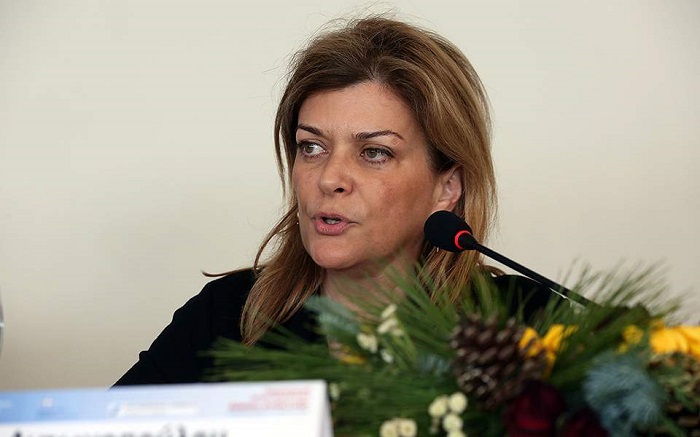 Greek Prime Minister Alexis Tsipras sacked Deputy Minister for Labor Rania Antonopoulou after it was revealed that she claimed and received rent subsidy despite the fact that she is one of the richest members of the SYRIZA government.
In a letter to Antonopoulou, Tsipras thanked the minister for her three-year work.
Earlier, government spokesman Dimitris Tzanakopoulos revealed that Tsipras spoke to Antonopoulou and expressed his disappointment at her actions. He stressed that the minister’s stance was not illegal, but only morally questionable.
Before the sacking, Antonopoulou issued a statement saying that her future is in the hands of the prime minister, adding that she will return the money she has received over the last few years.
The minister was receiving a rent subsidy of 12,000 euros per year for her apartment in the capital’s chic neighborhood of Kolonaki.
And this, despite the fact that together with her husband, Dimitris Papadimitriou, also a government minister, have multi-million savings in Greek and American banks, plus a number of residencies, including an apartment in New York.


Greek Sunday paper Eleftheros Typos who broke the story, claimed that Antonopoulou made use of a law introduced by the leftist SYRIZA government that made legal the claiming of renting allowances by ministers irrespective of their personal wealth.
Critics point out that the minister’s action was at least insensitive coming at a period when SYRIZA is cutting pensions and allowances for the poorer sections of the Greek society.
In a statement, the conservative opposition New Democracy called on Antonopoulou to repay the subsidy with interest and to apologize.

Zagori is an awe-inspiring natural landscape with an incredibly well-preserved network of 46 villages and features national parks, rivers and waterfalls.
Art