Greek Australians to Rally for Macedonia in Melbourne 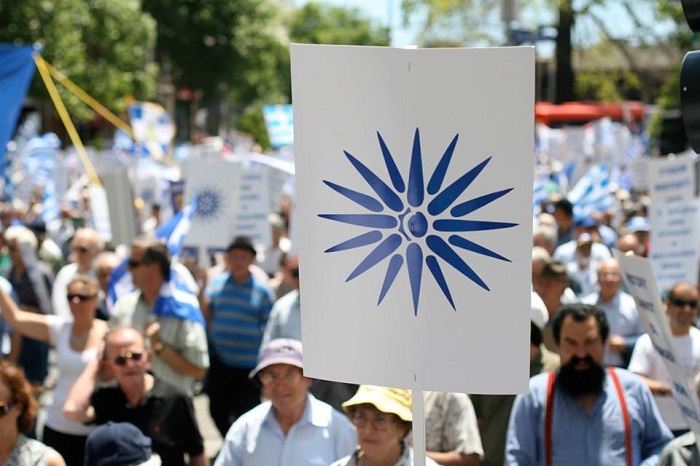 Greek-Australian groups are planning a rally on Macedonia for Sunday, Feb. 25, outside the Greek Consulate in Melbourne.

The protest, organized by the Pan-Macedonian Association of Melbourne and Victoria, will take place as negotiations between Greece and FYROM are intensifying over a compromise solution to the naming dispute.

Organizers are keen to demonstrate that the large majority of Greek Australians are against the use of the term Macedonia by the former Yugoslav republic.

The Greek diaspora in Australia is particularly large and politically powerful.

Last weekend, during the 31st Lonsdale Street Greek Festival in Melbourne, community leaders were joined by politicians in declaring the Greekness of Macedonia.

This is the second rally on Macedonia organized by Greek Australians in Melbourne.

The first in January, organized through Facebook by a group called ‘Macedonia is Greek – Human Rights Group’, was attended by hundreds and was planned to coincide with the massive rally that took place in Thessaloniki.

This time, the rally has been endorsed by a broad section of Greek Australians and organizers believe there will be a large turnout.