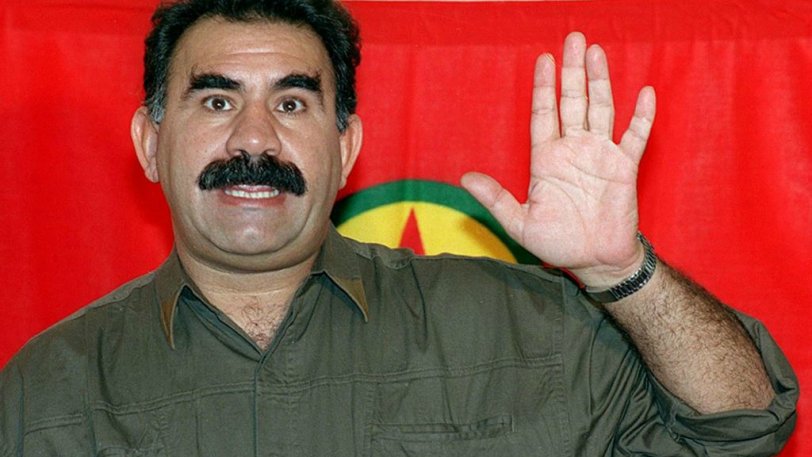 February 1999 was a month when relations between Greece, Turkey and the United States were put to the test, as the Greek authorities tried to hide the fugitive founder and leader of Kurdistan Workers’ Party (PKK) Abdullah Ocalan.
The PKK leader was briefly on Greek soil seeking asylum. In an effort to protect Ocalan from Turkey’s authorities — where the Kurdish politician was branded a terrorist and public enemy number one — the Greek government decided to transfer him to a safe place.
Greece’s National Intelligence Service (EYP) transferred Ocalan to the Greek Embassy in Nairobi, Kenya on Feb. 2. Then he was taken to the Greek ambassador’s house. The plan was to transfer Ocalan there in order for him to be moved to another safe location later.
However, the Kenyan authorities discovered that a wanted terrorist was in the country and he had to be removed immediately. On Feb. 15, when EYP officer Army Major Savvas Kalenteridis tried to escort the Kurdish rebel to the airport for his next destination — the Netherlands — in an embassy car, the Kenyans did not allow it.
Instead, they offered to drive Ocalan in a Kenyan government car without the presence of Greek officials. It turned out that the PKK leader was taken to a plane where agents of Turkey’s intelligence service (MIT) were waiting for him. Reportedly, the CIA was also involved in leading Ocalan to the trap.

The events are described best in the summary of a CIA study entitled “Fiasco in Nairobi”:
“In 1999 Greece’s National Intelligence Agency (EYP) conducted a high-risk operation that ended in a debacle and strained its relations with the United States, Turkey, and other nations.
“…. Instead, [EYP] actions in Nairobi not only failed to keep Ocalan from his pursuers but led to an international flap and ended several careers, eventually including [Kalenteridis’] own.
“In the process, the Greeks exposed the ineffectiveness of their intelligence apparatus, which violated numerous fundamentals of intelligence tradecraft.”

Greeks, Kurds protest Ocalan’s arrest
The news that Ocalan was arrested by the Turkish intelligence service after being hidden by Greek officials caused an outcry as Kurdish and Greek activists accused Athens of handing over the PKK leader to the Turks.
Thousands of Greeks and Kurds rallied in Athens, calling the Greek government traitors. Kurds occupied the building of the Greek Embassy in London. In Germany, street battles took place, while the Greek embassy in Bern and its consulate in Zurich were also occupied by angry Kurds.
Repercussions for the Greek government were immense: the United States and Turkey accused Greece of harboring a terrorist and relations between the countries became strained.
Foreign Minister Theodoros Pangalos, Interior Minister Alekos Papadopoulos and Public Order Minister Filippos Petsalnikos resigned from their posts. Kalenteridis resigned as well.
Solitary confinement, death sentence
Ocalan was held in solitary confinement as the only prisoner on Imrali island in the Sea of Marmara, guarded by 1,000 Turkish military personnel.
A state security court consisting of three military judges was convened on the island to try him, charging him of treason and separatism.
He was convicted given a death sentence, which was commuted to life imprisonment upon the abolition of the death penalty in Turkey.

Since his imprisonment, Ocalan has written extensively on Middle Eastern and Kurdish history. He argues for the concepts of “democratic autonomy” and “democratic confederalism” that are considered an alternative to a Kurdish nation state.
Through the years in prison Ocalan changed his stance, seeking dialogue instead of armed struggle. He has shown renewed cooperation with the Turkish government and hope for a peaceful resolution to three decades of conflict.
On March 21, 2013 the Kurdish figurehead declared a ceasefire between the PKK and the Turkish state.