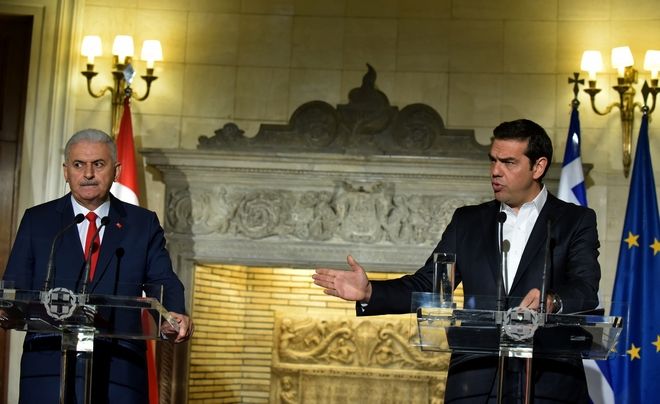 Ankara escalated tension in the Aegean on Tuesday by issuing the most provocative statement so far, claiming that the Imia islets belong to Turkey and that the Greek government is misinforming its people.
The official statement issued by Turkey’s Foreign Ministry came less than 24 hours after a Turkish coast guard vessel rammed a Greek coast guard boat causing major damages off Imia islets.
On Tuesday evening, the Turkish Foreign Ministry issued the following statement:
“Unfortunately, the Greek side misinforms the Greek public and as it usually does, it changes reality.
The truth is that the secretary general of our ministry called the general secretary of the Greek Ministry of Foreign Affairs last evening and informed him that in Kardak (Imia), which belong to our country, there is a strong presence of the Greek Armed Forces in the air and the sea.
He told him that we would not tolerate such behavior, that the tensions between the two is not good for either one and asked him to stop this dangerous stance.”
After the provocative statement, Greek Prime Minister Alexis Tsipras called his Turkish counterpart Binali Yildirim on the telephone and asked that Ankara stop provocations.
Tsipras said that such acts undermine good neighborly relations and violate international laws. Both prime ministers agreed that the two countries need to take measures to build  trust between each other.