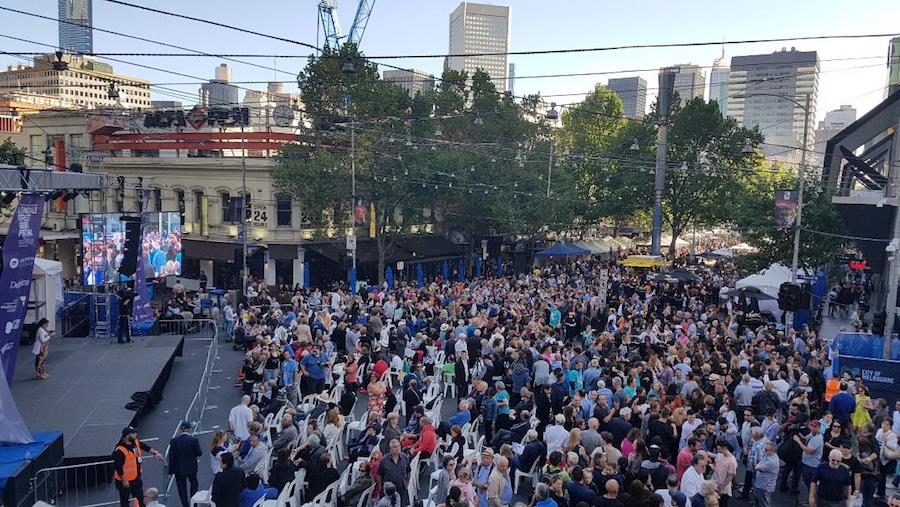 Thousands of Greek Australians gathered at Melbourne’s Lonsdale Street over the weekend for a feast of song, dance, food and culture which has been described as the biggest Greek festival ever to have taken place in Australia.

Bill Papastergiadis, president of the Greek Orthodox Community of Melbourne and Victoria, said the festival “had the biggest attendance in Greek diaspora worldwide”.

In the celebration of the rich culture and cuisine of Greece, the festival featured over 80 stalls across Lonsdale Street with mountains of Greek street food plus three massive stages where 500 dancers, 70 singers and 40 actors performed.

Among the crowd was also Victorian Premier Daniel Andrews who pledged to further help the Festival grow.

The federal government was represented by Minister of Social Services Kelly O’Dwyer and Greek Australian lawmaker Julia Banks, who both reflected on the contribution of Hellenism to Australian culture and development.

On Saturday night Greek singer Giannis Haroulis and his band entertained thousands that gathered to listen to some of Greece’s best folk songs.

On Sunday the Festival attempted the largest Zorba dance ever in Australia.