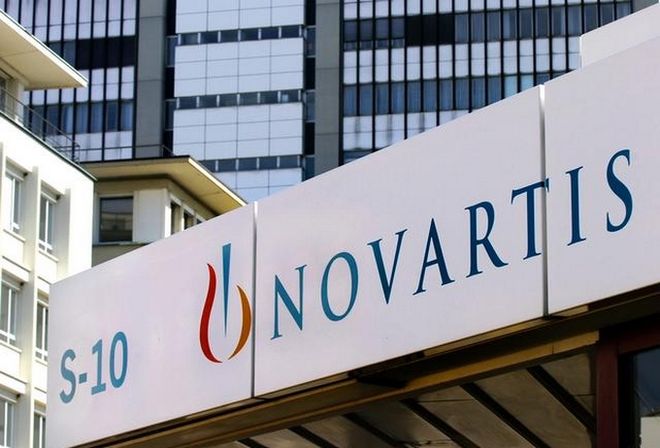 Two former Greek prime ministers, former ministers and bankers have responded to the inclusion of their names in the Novartis bribery case tabled in parliament.
The Swiss pharmaceuticals company is being investigated by Greek authorities over allegations of bribery towards public officials in the 2006-2015 period.
According to the Athens Macedonian News Agency (AMNA), the ministers named in the file served in the ministries of health, economy and development. The case will be submitted to parliament, as required by the law over ministerial immunity from prosecution.
Corruption prosecutor Eleni Touloupaki handed over part of an ongoing investigation into allegations of corruption and bribery to Supreme Court prosecutor Xeni Dimitriou after the names of two former prime ministers and eight former ministers appeared, sources in the prosecution said on Monday.
Retired senior judge Panagiotis Pikrammenos, who served as caretaker prime minister in the period between May 2012 and June 2012 before being succeeded by Antonis Samaras, said on Monday he and the cabinet he presided over had not been involved in any way in the scandal.
Samaras accused the current prime minister, Alexis Tsipras, of slander on Monday.
“I was informed about Mr. Tsipras’ new slander against me. And in fact, from fabricated testimonies by anonymous people,” Samaras said. “And since slander is the weapon of cowards, I tell them that they do not touch me. And they can be certain that the slanderers and those behind them will be held accountable to justice,” he told AMNA.
‘Bullying’
Bank of Greece Governor Yiannis Stournaras, who served as finance minister from July 2012 to June 2014, said he never signed any decisions remotely related to Novartis.
“The political targeting and bullying suffered by me and my family for three years now has its limits. During my term as finance minister I never signed any decision directly or indirectly related to Novartis. Incidentally, based on the law, the minister of finance has no relevant competence,” Stournaras said in a statement.
EU Migration Commissioner Dimitris Avramopoulos said on Monday that the pricing of pharmaceutical products was not in the health ministry’s jurisdiction during his tenure as health minister between 2006 and 2009.
“I was surprised to learn that my name was mentioned in the Novartis case that was sent to parliament along with other names of prime ministers and ministers in the period 2006-2009.
“In the period that I was health minister, from 2006-2009, the policy on pharmaceuticals and their pricing was not in the health ministry’s competence and therefore I had no involvement, and could not have any [involvement] in this issue,” he told AMNA.
Former Deputy Prime Minister Evangelos Venizelos called the inclusion of his name in the Novartis scandal “a cheap political diversion”.
“As the public interest was and remains my guiding principle, I will not remain silent on the government’s barbaric assault on institutions in a rule of law which it carried out with the unfortunate assistance of judicial officials, in order to set up a cheap political diversion,” Venizelos told AMNA.