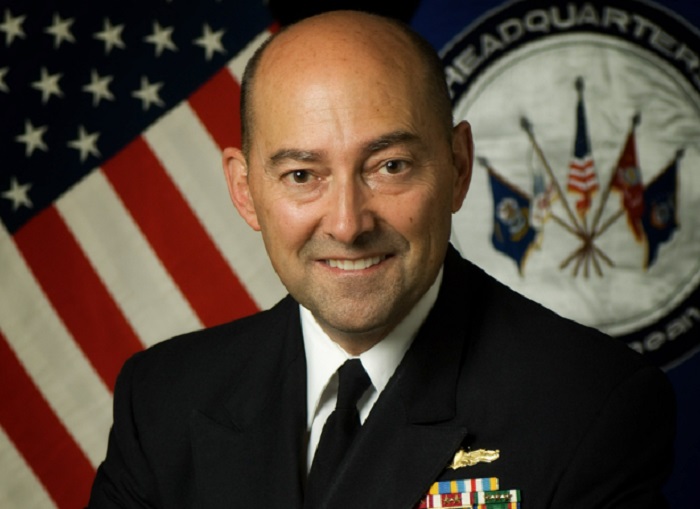 Former NATO Chief, Admiral James George Stavridis, talks about the Macedonia naming dispute between Greece and FYROM in an exclusive interview with the Greek Reporter.
Speaking to Anastasios Papapostolou on the sidelines of the 27th Annual Leadership 100 Conference that took place in Florida on February 3, he expressed hope that a solution will be reached between Greece and FYROM.
“A solution that would require the former Yugoslav republic to change its name that is acceptable to Greece.”
Stavridis, who is currently Dean of The Fletcher School of Law and Diplomacy at Tufts University, and a prominent member of the Greek American community, says he “understands the emotion about the name. I understand why this is a challenge for the Greek public.”
He notes however, that it is important that Balkans are consolidated and be brought into the transatlantic world and NATO.
“FYROM are a partner of NATO and they are strong contributors and they have a lot to offer to the Alliance,” he stressed.
The former Yugoslav Republic is a partner but not a member of the Atlantic Alliance due to the naming dispute with Greece.
This is an excerpt of an upcoming exclusive interview to the Greek Reporter