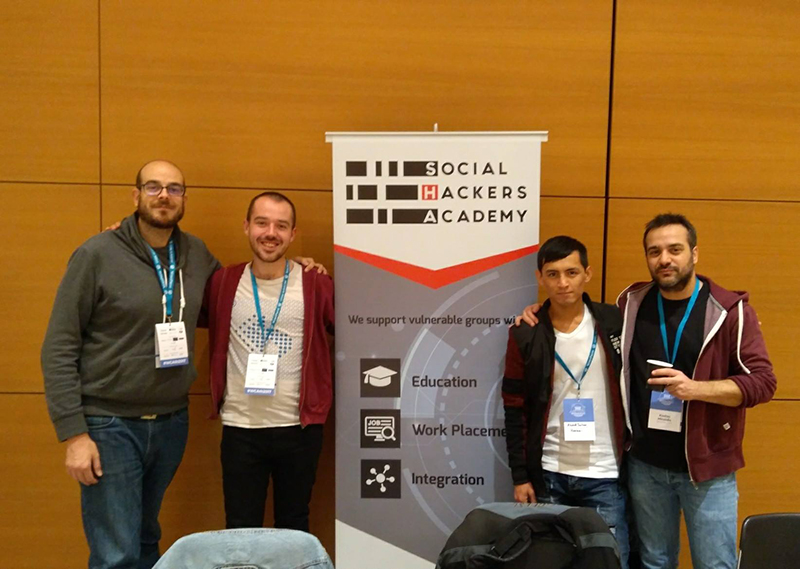 A new NGO started by coders and software engineers quit their jobs, and a handful of volunteers are teaching refugees, migrants, and unemployed Greek people the secrets of coding in an interdependent digital world.
Co-founded by three tech experts who gave up their jobs to create and run a coding boot camp in downtown Athens; the ‘Social Hackers Academy’ is educating, integrating and finding jobs for people who belong to vulnerable groups.
So far, 24 youth have enrolled in the academy, which is the brainchild of professionals of different backgrounds sharing a common vision.
For their curriculum, the founders have decided to focus on full stack web development.
They also operate in partnership with ‘Hack Your Future’, a proven boot camp for refugees based in Amsterdam.
Most of the volunteers are experienced developers and teachers who conduct their classes often from remote locations, via Slack. 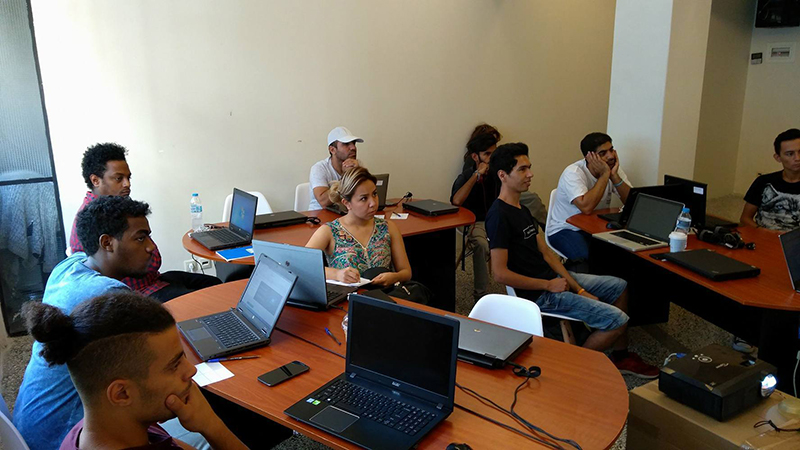 Financially, the ‘Social Hackers Academy’ relies on crowd funding to keep going and hopefully grow.
The boot camp launched in September of last year and the lessons are free of charge. In December, they began a second run.
In total, the two classes comprise of two dozen students.The school received 65 applications for the first class and 125 applications for the second. Their capacity at the moment is 12 students per class.
The Academy is constantly on the hunt for funds to stay up and running, but they are also in need of laptop donations, especially as so many professionals have quite old devices kicking around.
Anyone can donate by visiting the Academy’s site.
Source: Xinhua