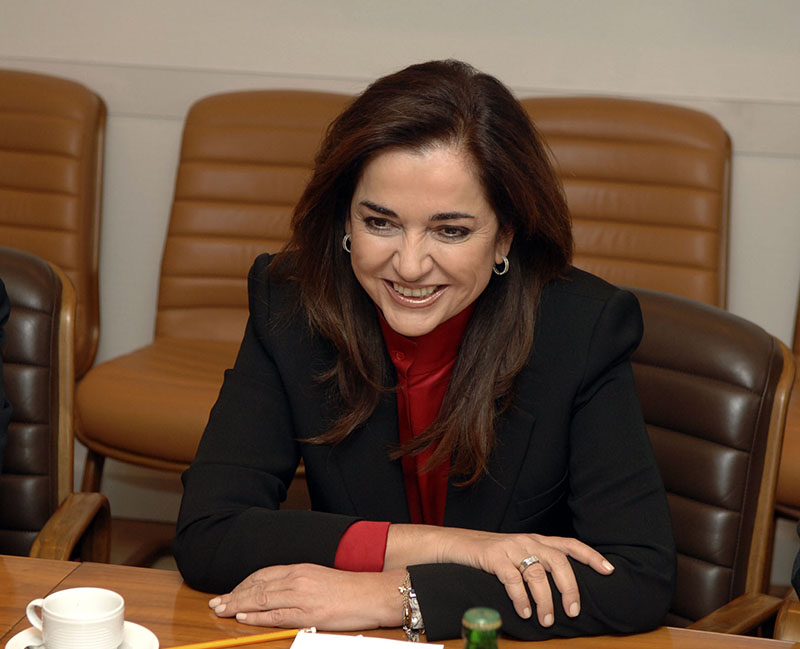 It is not often that a supermodel is brought up during international diplomatic disputes, but one Greek lawmaker has done so over the ‘Macedonia’ name dispute.
New Democracy’s Dora Bakoyianni has made it abundantly clear she is against the street protests by thousands of Greeks unhappy over any use of ‘Macedonia’ by the government in Skopje.
In order to prove her point of wishful thinking on the issue, she brought up former supermodel Cindy Crawford during a recent TV interview.
Asked whether ‘Macedonia’ should be part of a future FYROM name, the former Athens mayor and sister of New Democracy leader Kyriakos Mitsotakis said there is wishful thinking and then there is reality.
“Honestly, I would like to look like Cindy Crawford, but…” she said, suggesting that it wasn’t meant to be.


Bakoyianni supports a resolution for a FYROM name that includes the term ‘Macedonia’, as long as there are significant changes to the neighboring country’s constitution which would eliminate all irredentist articles.
“The constitutional changes are more important than anything else,” she said. “If FYROM simply changes its name without doing anything else, it will be a national defeat for Greece.”
She said that she, as a former foreign minister, agreed to a resolution for a name ‘erga omnes’ (used in all occasions) in Bucharest in 2008 and that this is still the best way to deal with the dispute.
“I have dealt with the issue diplomatically, so I know that rallies don’t contribute anything to its resolution” she added, answering a question on whether fellow lawmakers should take part in an Athens rally planned for Sunday.