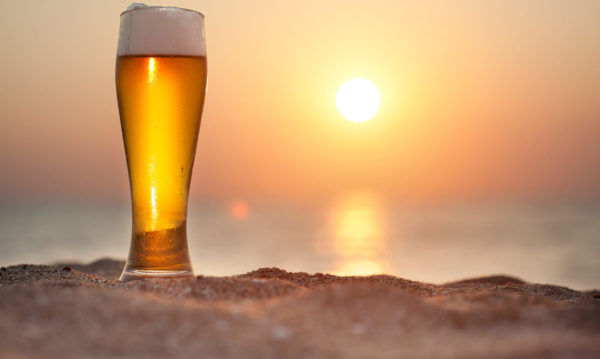 Many people have recently become aware of Greece’s wines and the prestigious reputation they have gained all over the world. What many people are yet to discover is that Greece is also a producer of high-quality beers. Usually, famous beers come from Germany, Belgium or the Czech Republic but Greece’s burgeoning range of craft ales is giving them a run for their money. 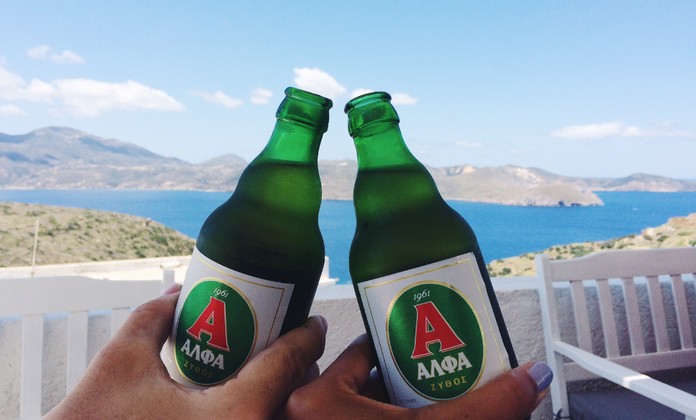 In Ancient Greece, beer was not a drink of domestic production but it was consumed and imported to a large extent, mostly during  festivities in the honor of goddess Demeter. The first breweries appeared in Greece at the end of the 19th century; today the outlook is very promising.

Many different regions in Greece have their own beers, often handcrafted and produced in small quantities. Many come from small or family microbreweries, resulting in a product that, instead of being produced massively and with industrial technology, is cared for from the beginning of the process until it reaches the sales point. 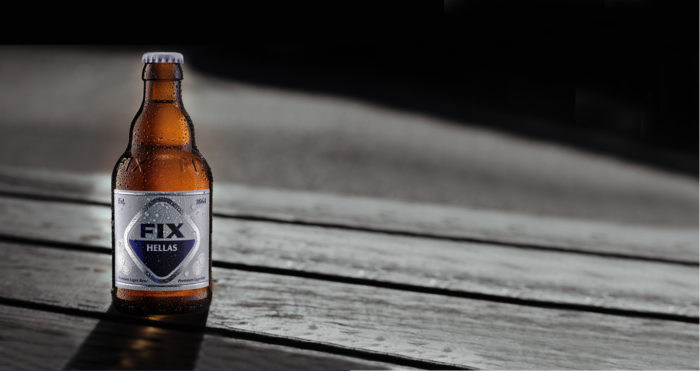 Everybody knows the common Greek beers that can be found in the supermarket as well as in tavernas and restaurants. Brands such as Mythos are a long-time favorite for visitors to Greece. Fix and Alpha are mostly preferred by locals. Fix was born in 1864 (with a brief out-of-business period). This beer has a malty and fruity aroma with a rather hoppy finish to it. Alfa is a light blonde Lager that has been around for over 48 years. However, many Greek regions and islands also have their brands and distinctive tastes, so let’s take a look at the rising prominence of Greek beer. 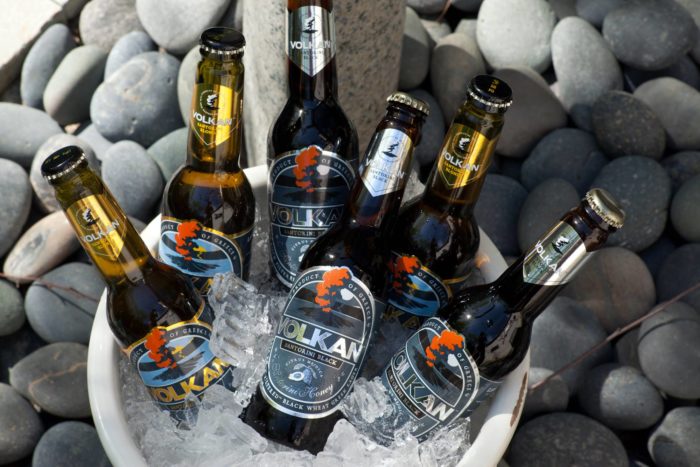 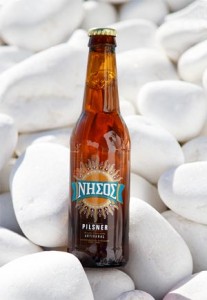 Nissos is the first Greek beer to have received the Silver European Beer Star award in 2014. Nissos is produced in Tinos and it is an artisanal, unpasteurized beer. They use the finest quality malts, aromatic hops, and carefully selected yeast. The fermentation process is slow, traditional and completely natural. Nissos beers are full of exciting flavors and naturally carbonated, containing no preservatives or additives. Among their range is Nissos Organic All-Day Lager and Nissos 7 Beaufort Strong Dark Pilsner, a robust beer whose name refers to a ‘triangle of the winds’ between Tinos, Delos and Mykonos. Finally, their Nissos Tholi is a naturally hazy beer.
Fresh Chios Beer is a special brew coming from Kampos, produced in small quantities, unfiltered and unpasteurized. The beer from the island of Chios is gaining recognition all over the country and they are easy to find in several bars and restaurants. Among the labels to taste, there is the Fresh Chios Beer, the Smoked Robust Porter and the Chios Beer BBQ. 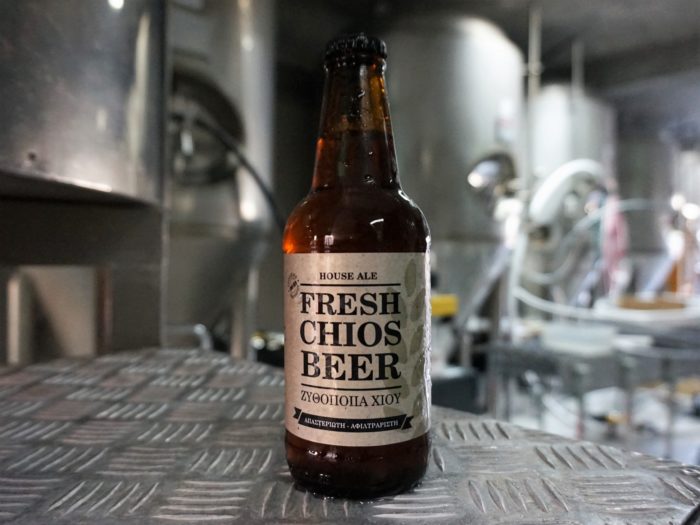 Siris Microbrewery, the producer of Voreias beer among others, is located in Serres, Drama and was established back in 2013. The company has the capacity o to produce nearly 260,000 liters of beer annually, aiming for product quality and not quantity. They produce unique tastes with innovative recipes and choosing malts of high quality and hop varieties from around the world. Their beers are full of aromas, rich taste and long aftertaste. Some of their best-selling labels are Voreia Pilsner and Voreia I.P.A.

From Santorini, a multicultural team established the brewery hoping to add something new to Greek beer scene. Unfiltered, to capture every particle of flavor, their ‘lagered ales’ are made with four simple components — malted barley, hops, yeast and water that translate into countless possibilities: Yellow Donkey and Red Donkey (two lagered ales), Crazy Donkey (an I.P.A.) and Slow Donkey, what they call a wine-beer due to its slow maturation in oak and acacia barrels that previously held wines made from Santorini’s Assyrtiko grapes, resulting in a beer enriched by the sweet aromas of the legendary VINSANTO, along with the structure and acidity of Assyrtiko wine. Finally, the White Donkey is a surprising wiessbier. 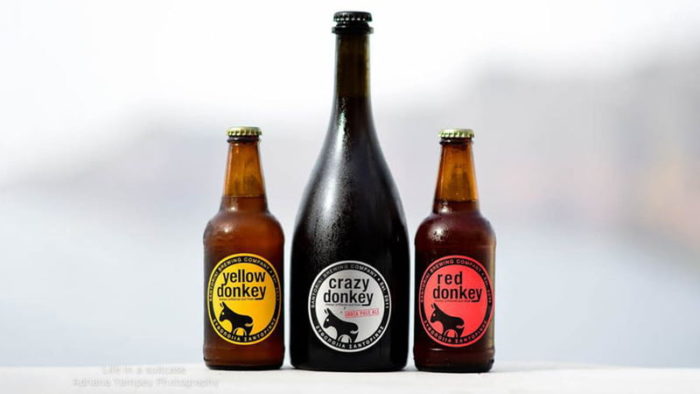 Rhodes comes to the scene with Magnus Magister; other options include Magnus and Knights, a full-bodied beer, produced in the most traditional way. Their Magnus Weiss reveals the aromas of hops and yeast, and can it be enjoyed alone or combined with a refreshing meal by the sea.
Corfu Beer is a tasty proposal by a brewery with the same name, which is the first brewery to make real ale in Greece. Their Royal Ionian Pilsner is a blonde crystal beer with a very pleasant bitterness, full body and a rich hop essence. 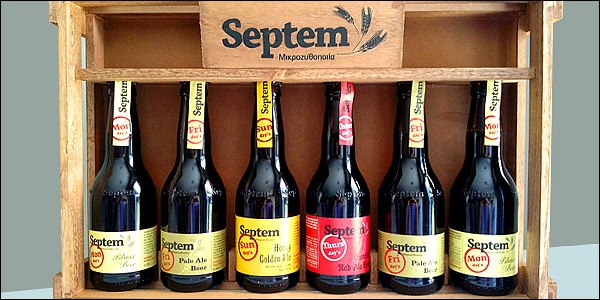 Septem is a microbrewery located on the island of Evia and it started producing and distributing unpasteurized beer back in 2009. Their series includes seven beers named after each one of the days of the week, as well as the Hobby Hoppy Series, with the label A.C.E. at the top of the list. 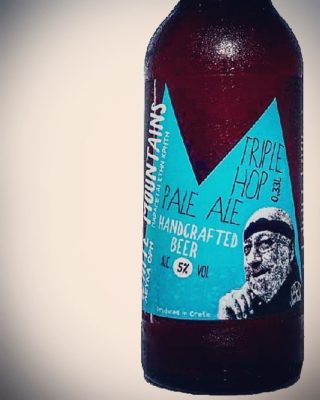 On the island of Crete, Lafkas brews handcrafted, unpasteurized and unfiltered beer. Their first offering is called White Mountains, and it’s a triple hop pale ale, a fusion of Cretan quality ingredients and Belgian love for beer.
The local beer scenario is endless and for those still uncertain about what to taste, this website rates the quality of the best beers of Greece. To read about other Greek brands of beer, check this article.