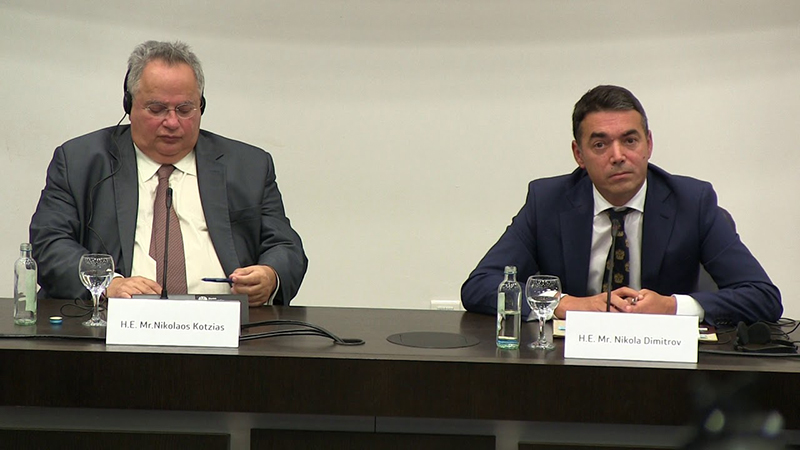 Greece and FYROM have agreed to form working groups led by foreign ministers to hold talks on a solution to the 25-year dispute over the name of the ex-Yugoslav republic, according to FYROM Foreign Minister Nikola Dimitrov.
Success in resolving the issue would open FYROM’s path towards NATO and EU membership, which has been blocked by Athens opposed to the use of “Macedonia” as its neighbor’s name, in fear of territorial claims over the Greek Macedonia region.
Dimitrov said that both countries have agreed to form working groups led by foreign ministers to directly negotiate possible solutions to the name dispute.
The talks on the name dispute are mediated by a United Nations envoy, U.S. diplomat Matthew Nimetz, who is due to meet chief negotiators from both countries next Wednesday. Foreign ministers have not been involved in negotiations directly so far.
“I am a cautious optimist,” Dimitrov said, referring to the resolution of the name dispute. “It is clear that the identity is very important for us. We have to find a way to convince our Greek colleagues that there is a clear distinction between our country and the region which includes northern Greece,” he said.
Greek government officials have suggested Greece would try to focus on brokering an agreement which calls for a compound name with a geographical qualifier.
The FYROM name dispute negotiation has caused a political storm, with the government and opposition parties trading blows over their respective positions. It has also caused a rift between the government and the Greek church.
Source: Reuters