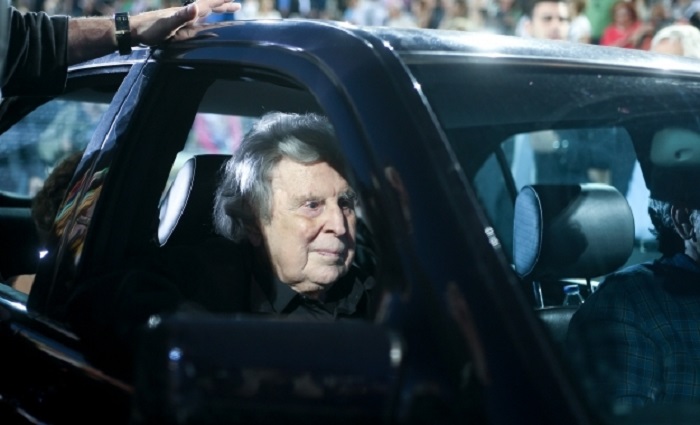 World renowned Greek composer Mikis Theodorakis expressed his opposition to any agreement with Skopje that would include the term ‘Macedonia’ in the compound name.
Theodorakis, regarded as a guru for the Left, said that there should be no derogation from the 1992 decision of political leaders which defined the Greek national line on the subject, according to which the term ‘Macedonia’ should not be part for the name of the former Yugoslav Republic.
In a statement he warned that “any retreat from this line will have disastrous results for the future of our country.”
“If we now retreat from our original position, we will be opening Pandora’s Box,” Theodorakis says.
“We must be vigilant to safeguard our national integrity, as there are strong international forces that want to break up the Balkan region. The case of Yugoslavia is fresh. The next victim will be our country, ” he warns.
His intervention came at a time when both Athens and Skopje expressed their optimism that the 26-year old dispute may be nearing a settlement.
A compound name for FYROM is being worked out that would satisfy both countries.
However, in both Greece and FYROM there are influential voices that resist a compromise.