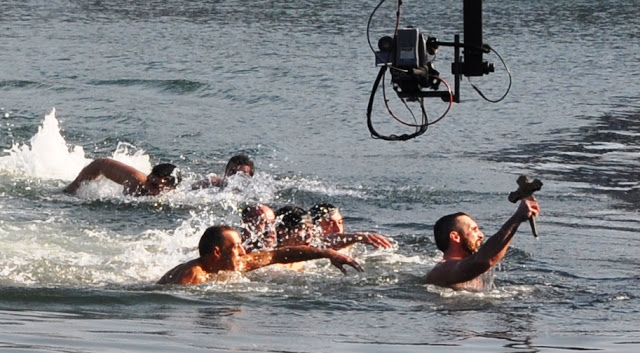 The Greek Orthodox Christian community in Istanbul led by Ecumenical Patriarch Bartholomew celebrated Epiphany with the traditional blessing of the waters on Saturday.

The Ecumenical Patriarch and Archbishop of Constantinople led the liturgy at the Patriarchal Church of Saint George. Greece’s national television station; ERT broadcast the liturgy and the blessing of the waters that took place later.

Bartholomew cast the Holy Cross into the waters of Istanbul’s Golden Horn as the faithful jumped into the sea to retrieve it.

Nikos Solis, a 29-year-old man from Greece, retrieved the cross for the third consecutive year. The man received the blessing of the Archbishop.

On Epiphany, also known as Theofania, the Greek Orthodox Church commemorates Jesus’ baptism by John the Baptist in the Jordan River.