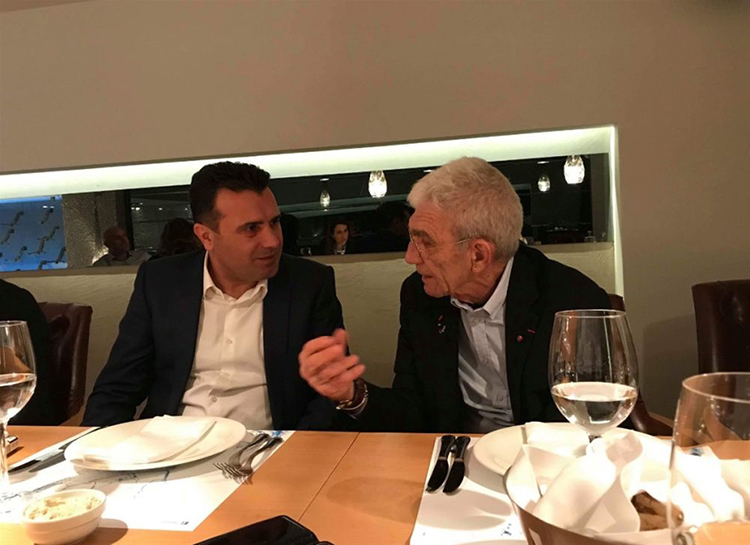 FYROM Prime Minister Zoran Zaev is spending the New Year’s holiday in the northern Greek city of Thessaloniki as the guest of the city’s mayor.
Zaev and Mayor Yannis Boutaris dined Saturday night in one of the city’s top restaurants, serenaded by a band playing Balkan folk songs.
“We won’t be talking politics,” Boutaris told reporters before dinner, repeating this when the two emerged three hours later. “We have a special relationship with Mr. Zaev and I hope he returns soon.”
Zaev wished all Greek citizens a happy new year and said it “was a great pleasure for me to have dinner with the mayor of Thessaloniki and his cabinet.”
Boutaris said he extended the invitation last November, when visiting Skopje. Although billed as a private affair, the visit was announced by FYROM’s government spokesman.
The FYROM prime minister’s visit to Thessaloniki at Boutaris’ invitation is a private and not an official one but, given the recent developments in the name dispute resolution between Greece and FYROM, Greek media have been shadowing the two leaders.