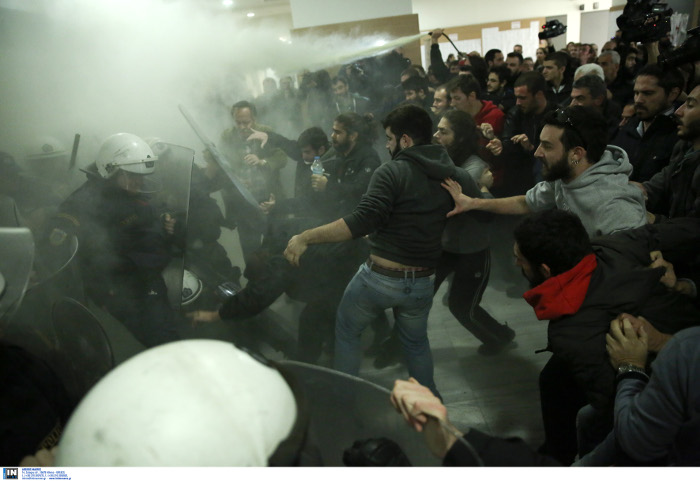 The Greek government on Wednesday, brought to parliament a new amendment according to which people who will try to obstruct auctions of foreclosed homes, will be prosecuted.
The amendment will go to the ballot today (Thursday), in order to put an end to the hazy situation created, regarding the auctions of foreclosed properties. If the bill passes, the public prosecutor can press charges against protesters.
So far, political and solidarity groups have obstructed the auctions in courts. In many cases the situation became extreme with angry protesters physically removing notaries and judges from the bench.
The government line remains that the properties auctioned belong to people who own expensive homes and can afford their mortgages, but refrain from doing so claiming that they are victims of the economic crisis.
However, protesters against the auctions brought to light bank and court documents, saying that at least some of the properties are of low value and belong to people who have low debts to the state.
Two weeks ago, there were violent clashes between protesters and police inside courtrooms. Notaries and judges have asked for police protection during auction sessions that take place every Wednesday.
On Wednesday and the two Wednesdays to follow until January 3rd, the notaries association decided to go on strike and abstain from any auction procedures.
The auctioning of foreclosed properties, is one of the prerequisites Greece’s international creditors have set for the third evaluation of the country’s bailout program. It is a measure to ease the burden of Greek banks that have to deal with billions of euros in non performing loans.