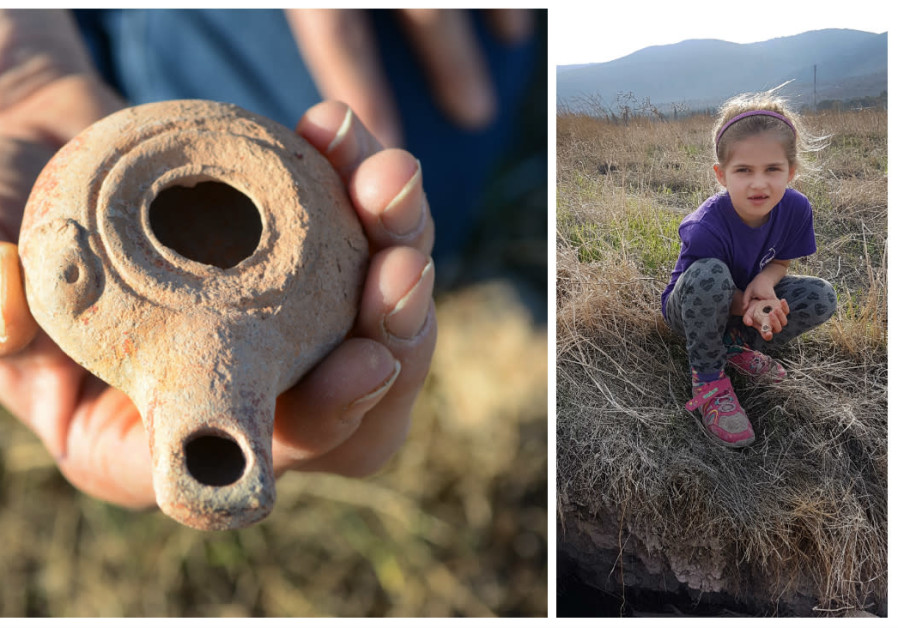 An Israeli mother and her daughter discovered an ancient clay candle holder dating back to the Hellenistic period – when Judah Maccabee fought against the ruler of Antiochus 2,200 years ago.

While making their way through the mounds near the historic area of the Beit She’an Valley by the Jordan River Valley one week ago, Hadas Goldberg-Kedar, 7, and her mother, Ayelet, first noticed the well-preserved pottery vessel near the entrance to a porcupine cave.

According to Dr. Einat Ambar-Armon, education and community coordinator for the IAA’s northern region, the clay lamp is characteristic of the 2nd century BC’s Hellenistic period, during the Maccabean revolt against Greece.

The discovery of the lamp, she said, attests to the activity that existed in the Beit She’an Valley during the Hellenistic period.

Ambar-Armon noted that in the time of Antiochus Epiphanes, decrees and persecution against Jews were unprecedented, and eventually led to the outbreak of the Maccabean revolt against the Greeks in 167 BCE.