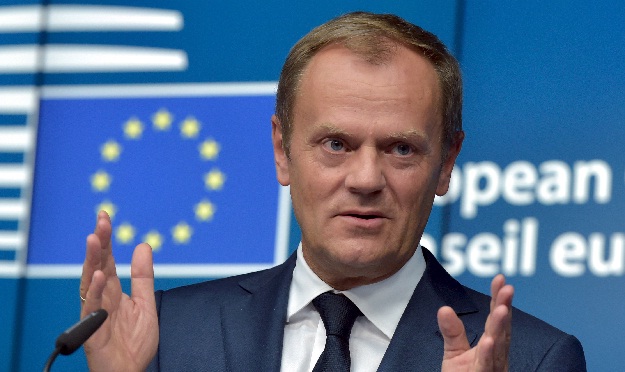 The European Union could scrap the scheme that compels member states to accept quotas of refugees. European Council President Donald Tusk will make the announcement this week.

According to a Guardian report, Tusk will announce to EU leaders at a summit on Thursday, that mandatory quotas may be abandoned altogether, because they have been divisive and ineffective.

EU leaders will be given a six-month deadline to reach a unanimous agreement on reforms to the European asylum system, but will propose alternatives if there is no consensus, the Guardian says.

“If there is no solution; including on the issue of mandatory quotas, the president of the European council will present a way forward,” states a draft letter from Tusk to European leaders, seen by the British newspaper.

Hungary, Poland and the Czech Republic are fiercely opposed to the idea of distributing refugees around the bloc, based on a formula drawn up in Brussels.

Tusk’s proposal is likely to face opposition from other EU bodies, including the European Commission.

The mandatory quotas for EU member states were introduced in 2015, at the height of the refugee crisis in Europe. Thousands of people from Syria, Afghanistan, Iraq and other countries were landing daily in Europe, mainly in Greece and Italy.

The European Commission proposed that countries that refuse to take part in a “corrective allocation mechanism” to take the pressure off member states bearing the brunt, would have to pay 250,000 euros per asylum seeker. However, the interior ministers of member states have been unable to agree on it.

Italy and Greece are likely to be the ones to suffer as they are the main entry points of asylum seekers and repeatedly ask for aid from the EU to deal with the burden.