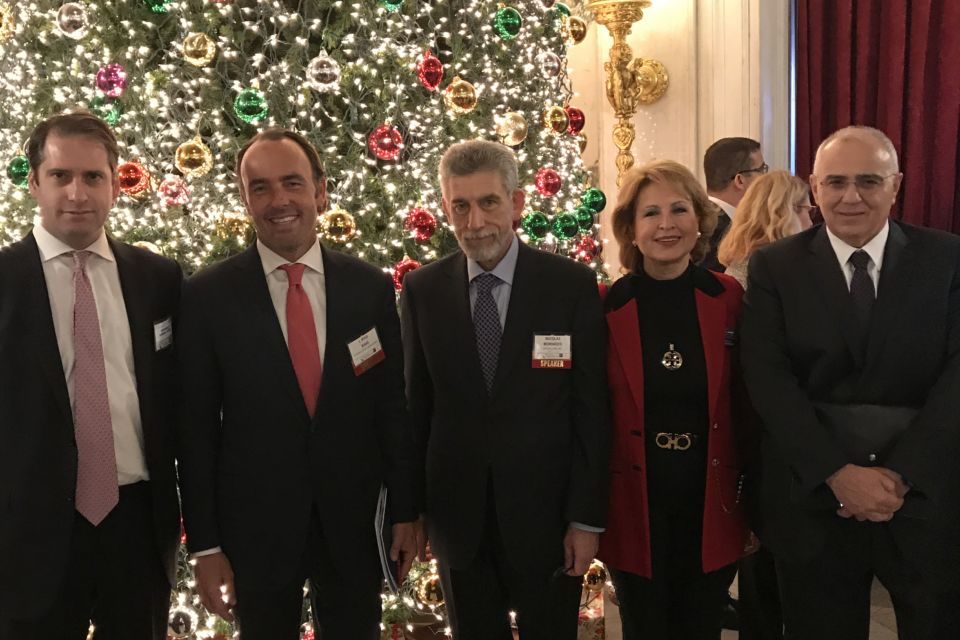 Prominent politicians, diplomats and investors gathered at the 19th Annual Capital Link Invest in Greece Forum agreed that the Greek economy is picking up and that perhaps now is the best time to invest in the country.

It was organized in cooperation with the New York Stock Exchange and major global investment banks.

The developments and reforms in the Greek economy and the Greek government programme for the economy and investments were extensively discussed.

Greek Prime Minister Alexis Tsipras spoke to the participants via a webcast. Tsipras said that “American investors are one of the largest contributors of foreign investments in Greece so we expect that they will remain as such in light of investment opportunities, in order to make the most out of our country’s growth potential.”

Also five Greek ministers, including Euclid Tsakalotos, Minister of Finance, made remarks and discussed the developments and outlook of the Greek economy and business and investment opportunities in the country.

There were also representatives of the four Greek systemic banks.

Piraeus bank: Banking projects the best since start of crisis

He added that “Capital positions are solid and are being further strengthened through active de-risking, while funding conditions are improving markedly, with Greek banks re-tapping the debt capital markets and reducing Eurosystem funding support.”

He noted however, that challenges remain, in particular given the upcoming regulatory exercises including the implementation of IFRS-9, and there is still a hefty stock of NPEs, as well as a dense programme for further non-core asset disposals, but the banking prospects in Greece, in-line with the macroeconomic outlook of our country, are now at the best trajectory they have been since the beginning of the crisis. ”

Calamos Investments: Now is the time to invest in Greece

Calamos Investments CEO John Koudounis, discussed his outlook for investment in Greece. He noted, “In addition to major investments into the country that we have already made and current investments we are working on, I am excited to see inflows coming from China into areas such as infrastructure, energy, ports and financials, as it is crucial to obtain diverse streams of major foreign investments.”

Calamos Investments, which has $20 billion under management, acquired Ethniki Insurance last summer. The deal is considered one of the most significant investment ventures in Greece.

Koudounis stressed that the “third European bailout will still be difficult from an austerity perspective; however, Europe is stronger now than it was during previous bailouts.”

He added that “there is hope there will be some debt easing for the Greek people along with expectations that capital controls should come off by the end of 2018.

“We are in favor of what is best for the Greek economy regardless of which political party provides oversight. We strongly believe – and have proven through our actions – that now is the time to invest in Greece,” said Koudounis.