GRNews
GreekReporter.comGreek NewsCrimeAthens to "Pay" Once Again for Grigoropoulos' Slaying by Greek Police

Athens to "Pay" Once Again for Grigoropoulos' Slaying by Greek Police 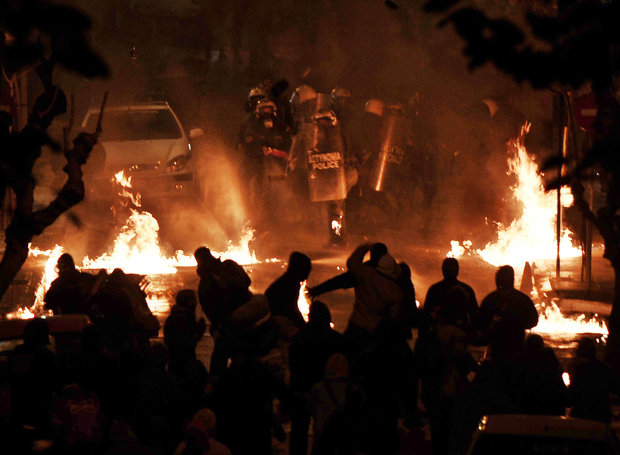 Greek police brace once again for the violence that is programmed to erupt this Wednesday, on the 9th anniversary of the slaying of teenager Alexandros Grigoropoulos by a policeman on December 6, 2008.
It has become a sad tradition that every year central Athens becomes a battlefield in retaliation for the killing of Grigoropoulos by Epaminondas Korkoneas, the policeman who was later sentenced to life in prison.
Before Korkoneas’ conviction, Greece’s rebellious youths were certain that his punishment would be much lighter than the crime. The 2009 anniversary of Grigoropoulos’ death was marked by extended fires, vandalism and violent clashes with police in central Athens.
In October 2010, Korkoneas was convicted for premeditated murder and his partner, Vassilis Saraliotis, was sentenced to 10 years in prison as an accomplice to murder. The proximity of the punishment date did not make the violence and destruction of the 2010 anniversary any lighter.
In the years that followed, December 6 has become a day of violence, destruction and vandalism. Like clockwork, anarchists slip into peaceful student protest rallies in central Athens and start throwing firebombs at police. And once night time falls, the violence begins in the Exarchia area, and then expands to other parts of central Athens.
Similar incidents happen in other cities across Greece, where students use the anniversary of Grigoropoulos to protest education issues and vent their youth angst, all the while shouting slogans. Anarchists seize the opportunity to attack the police any way possible.
For anarchists, the murder of Grigoropoulos was the way authority shows its teeth to anyone who dares to reject it. It also shows that the State has a licence to kill, even if the victim is 15-year-old who did not do anything that horrible that he deserved to die.
In crisis-stricken Greece, the murder of Grigoropoulos has also taken the symbolism of being the murder of young people’s dreams. The violent ending of Grigoropoulos’ life is perceived by many as the abrupt ending of a normal life a young Greek would have if it were not for the country’s economic collapse. December 6 is war of the young against the old, and against those who stole their future.
Furthermore, young Greeks who grew up in times of affluence and no political conflicts – from the early 1990s until the economic crisis – see December 6 as their own November 17, their own Polytechnio uprising. In a mix of socialist idealism, leftist propaganda and youth angst, the Grigoropoulos murder anniversary is a bona fide chance to star in their own revolutionary fantasies. Even for just one day. 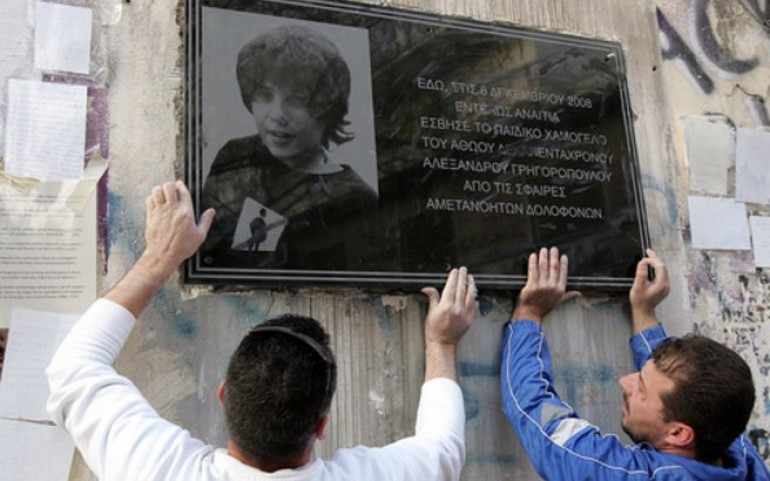 The events of December 6, 2008
At around 9:00 on the evening of December 6, 2008, Grigoropoulos and his friends were sitting in a corner in Exarchia and exchanging swear words with two policemen in a passing patrol car. According to Korkoneas, the youths hurled a plastic water bottle at the police vehicle.
A little later, the two policemen, Epaminondas Korkoneas and Vasilis Saraliotis, returned to the scene on foot. Korkoneas pulled his service pistol and shot at Grigoropoulos. He claimed that he fired the gun in the air, but the bullet ricocheted and hit the 15-year-old. However, ballistics later showed that both shots he fired were straight shots. The young man died a few minutes later in his friend’s lap. His friend, Nikos Romanos, is now in prison for attempted bank robbery.
The two policemen returned to the Exarchia police station and reported that they had been attacked by a group of anarchists and that they fired in the air in self-defense, but they did not report that one of the bullets hit the teenager.
Within a few hours word spread out and hundreds of young people took to the streets of Exarchia and other parts of Athens and started burning trash containers, cars, bus stops and anything else they could find. Soon more fires broke out all over Athens as more and more people clashed with riot police. Police stations were attacked and patrol cars were burned. 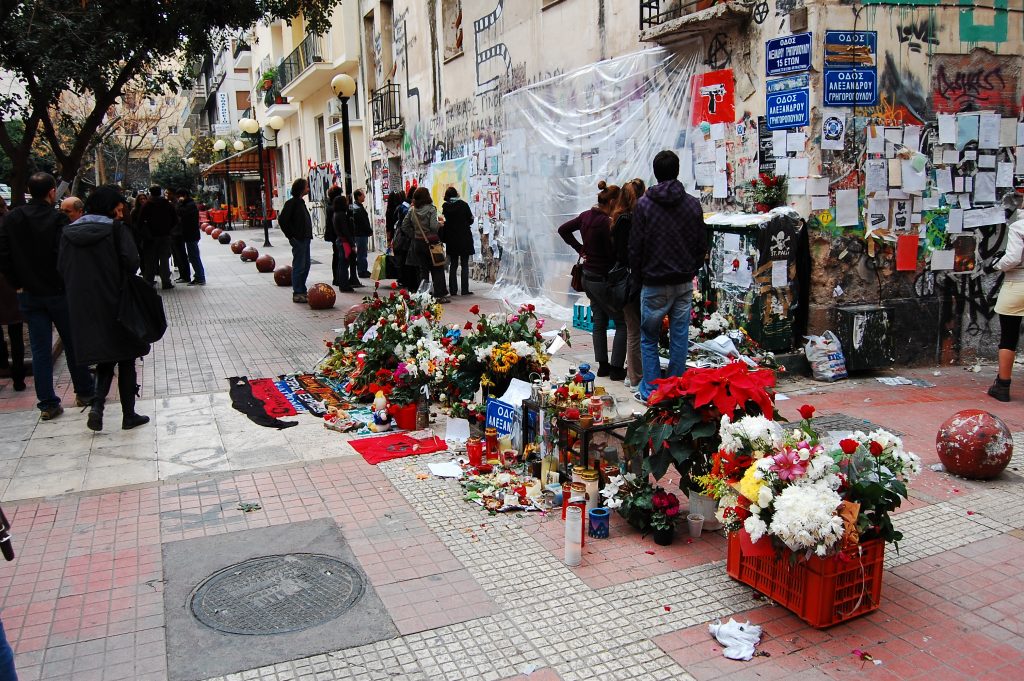