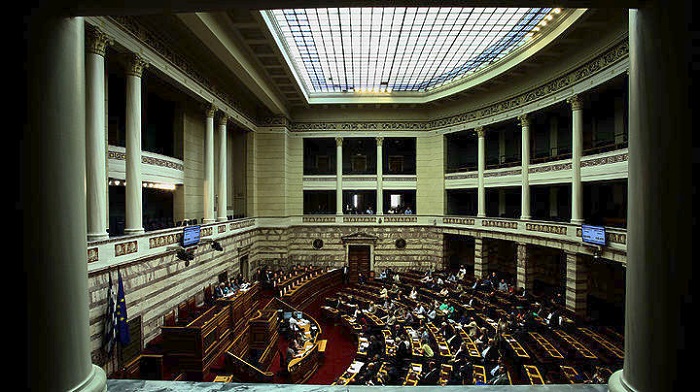 The Greek government decided to withdraw an amendment on workers’ strike and other labour issues only hours after they were tabled in parliament, due to strong reactions from opposition parties.
Regarding the right to go on strike, the amendment said that for a union to go on strike, at least 50% plus one of active union members must agree. The existing law says that only 20% of union members are needed to decide to go on strike.
The other two amendments the opposition disagreed with were for the requirements of compensation for accidents at work when it is the employer’s fault, and issues related to the staff of national public transport (KTEL). All amendments were included in a bill regarding issues of the Ministry of Digital Policy.
According to the Ministry of Labour, Social Security and Social Solidarity, the amendments will be modified and tabled in parliament at a later date, so that there is more time to discuss them in the House.
It should be noted that the amendments that were tabled were the subject of negotiation between Greece and international creditors as prerequisites for the completion of the third review of the bailout program, and the Greek side had agreed to all of them.
Strong reactions from unions
Shortly after the amendments were tabled on Monday afternoon, the reactions from the public sector employee union (ADEDY) and the Greek Communist Party (KKE), were immediate and strong.
ADEDY and KKE accused the government of trying to pass the amendments on the sly by adding them in an unrelated bill of the Ministry of Digital Policy.
“In the afternoon of Monday, December 4, the government has tried, according to its usual practice, to pass out of date and in an irrelevant bill, the amendment that has been agreed with creditors in secret and in absence of the employees, aiming have  the amendments voted for on Tuesday, December 5,” the ADEDY statement said.
ADEDY further accuses the administration of “attempting to restrict the right to strike, a right won by struggles and blood.” The amendment, ADEDY says, “gives another gift to employers, including a provision that allows the court to decide whether an accident at work was indeed the employer’s fault and whether worker’s compensation is due.”
Other than the work stoppage, ADEDY calls on public sector employees to rally on Tuesday at noon in central Athens and march to the parliament.
For its part, KKE, called the amendment a “political crime”, for robbing workers of the right to strike. The party also accuses the government of bringing the amendment to parliament “like a thief in the night.”
KKE union PAME is also to demonstrate on Tuesday in a separate rally, in central Athens. It also calls all workers to join in the nationwide strike on December 14.