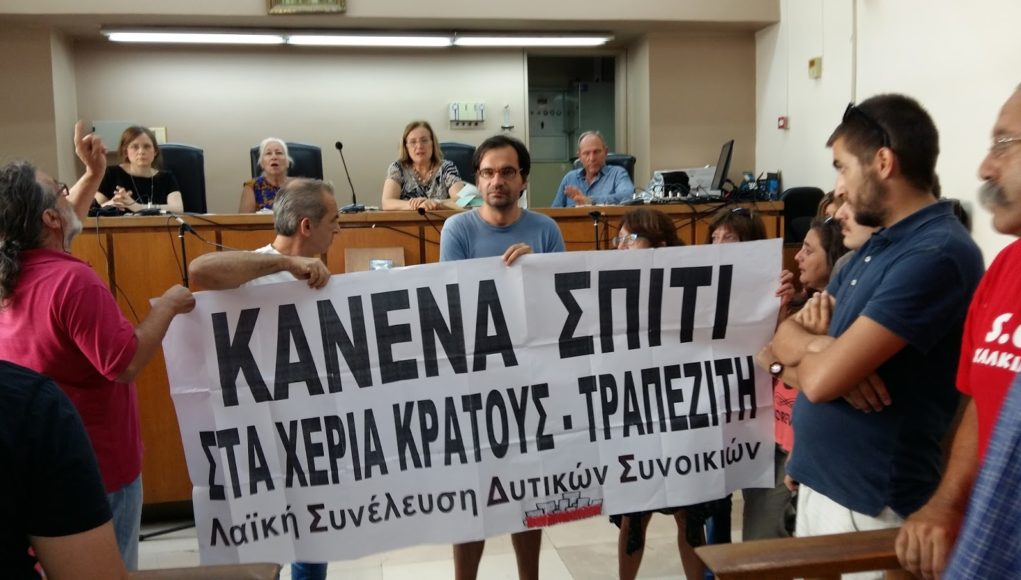 The first ten electronic foreclosure auctions will be held on Wednesday, following the decision of the General Assembly of the Athens-Piraeus Notaries to suspend their abstention from duty.
Notaries had abstained from their duties for weeks, after receiving threats from individuals, anti-establishment groups and militant leftist parties. Before the notaries’ decision, many auctions across Greece were interrupted with militant groups entering courtrooms and pushing the notaries out.
Electronic auctions officially start on Wednesday, while the new system is expected to be fully in place by 2018 with the aim of completing 70% of the auctions by May, the finance ministry said.
The finance ministry considers the foreclosure auctions very important so that banks can locate the strategic non-payers, thus limiting the number of non-performing loans.
In the initial stage, the online auction system will work once a week instead of the three days dictated by current legislation: i.e. every Wednesday. The deadline for bidders to enter the system and submit the letter of guarantee required to participate in the electronic auction process will be two days before the auction, in other words, every Monday.
The online platform with the first approximately ten auctions will open to those registered in the system and have submitted the required guarantee, equal to 30% of the first bid, that is, the price set as a threshold for the auctioned property.
The process will last four hours, during which bidders will offer the price they are prepared to pay based on an open bidding process.
This way each bidder will be able to see in the system the highest value achieved each
time, and the placement of his her bid and accordingly decide whether or not to raise his/her own bid. Participants will not be able to see the names of bidders, which will be announced upon completion of the process.
Electronic auctions are one of the prerequisites Greece’s lenders demanded for the third review of the bailout program as a tool for banks to generate revenues while at the same time weed out strategic non-payers.