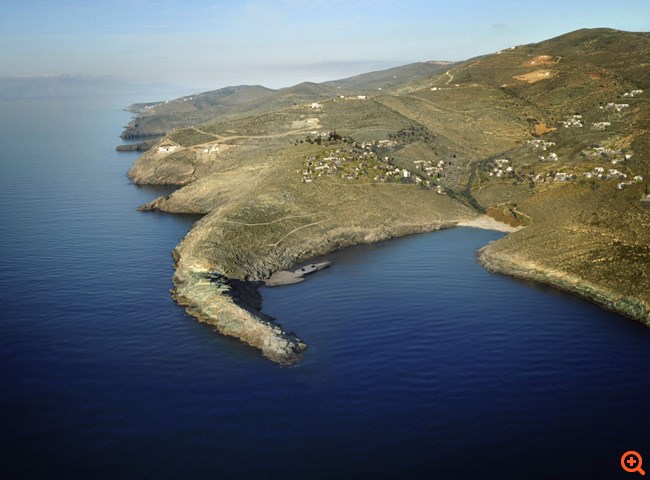 Kerzner and Dolphin Capital are to invest 150 million euros in the construction of luxury hotels and residences to be sold separately on Kea island, under the “One & Only” trademark.
Kerzner International Holdings Limited and Dolphin Capital Group are on track to build “One & Only Kea Island” in Greece. Kerzner’s key shareholder is the Investment Corporation of Dubai, Dubai’s public investment fund.
The management of the hotel and holiday homes will be undertaken by the “One & Only” international brand while the overall management of the project and sales will be handled by Dolphin Capital Partners.
The hotel, which is to be developed in a seaside area of ​​650 acres on the west side of the island; now owned by a subsidiary of Dolphin Capital Investors, includes 75 Resort Villas and a number of One & Only Private Homes that are available for sale.
One & Only in Kea is the first Tourist Complex to be hosted in Greece. The total investment cost is estimated to be 150 million euros. Kerzner’s participation with 40% of shares is the first investment in Europe.
One & Only Kea Island will be the first One & Only in Greece and the European Union. Under the One & Only’s trademark, Kerzner manages eight of the top luxury resorts in the world, located in the Bahamas, Mexico, Mauritius, Maldives, South Africa, Dubai and Australia.
Dolphin Capital Partners (DCP), founded in 2004 by Miltos Kambourides and Pierre Charalambides, is an international real estate investment firm specializing in luxury resorts in the Eastern Mediterranean, Caribbean and Latin America. In Greece, they have completed two projects, Amanzoe and Nikki Beach Resort & Spa Porto Heli.
The hotel will host an imposing SPA, and is expected to become a culinary destination for the island, including three restaurants, two bars and a Beach Club.