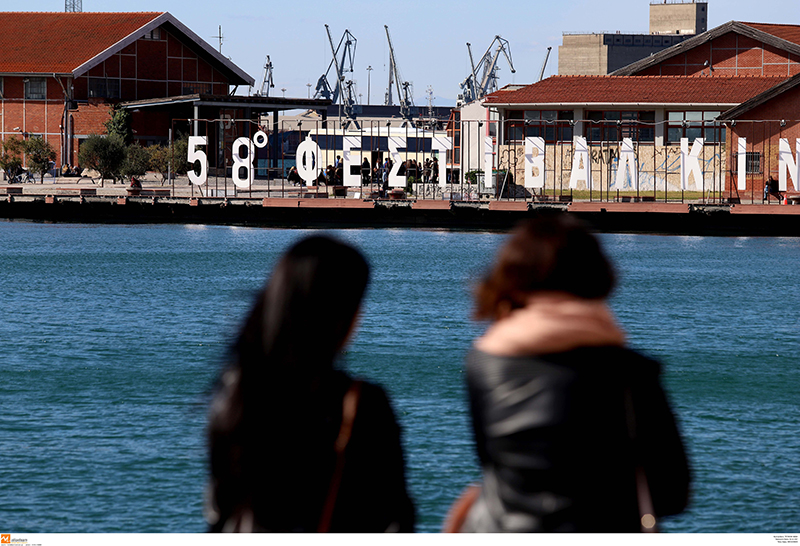 Thessaloniki has just wrapped up its 58th International Film Festival and this year’s celebration was again filled with stellar selections from the works of new and first-time directors around the world.
“Ravens” directed by Jens Assur won the Golden Alexander, the competition’s top award. Although the Swedish director couldn’t make it to Greece to pick up his prize, he certainly made his presence felt with his debut film.
“Ravens” centers on Agne; a farmer who is trying to save his farm for his son, but his son has other plans. Reine Brynolfsson; who plays the father, won the Best Actor award.
Hlynur Pálmason took away the Bronze Alexander, the Special Jury Award for Best Director for “Winter Brothers”. It’s the tale of John and Emil; two radically different brothers who work in a limestone factory in a small Danish village.
In “Lucky”, Harry Dean Stanton plays a 90-year-old man who’s trying to come to terms with his mortality. The late, celebrated character actor won the Festival’s special mention. The movie also won the Audience Award.
“Lucky” was the iconic star’s last role and one written specifically with Stanton in mind, according to the film’s director, John Carroll Lynch.
“Any award for this film should be dedicated to both Harry Dean Stanton and the writers of the film,” the director said. “It is a beautiful screenplay inspired by him. It is really a great combination and a great honour and seems audiences all over the world respond to it.”
The 58th Thessaloniki International Film Festival was a huge success again; as it has been since it adopted its international character 25 years ago. This year, more than 80.000 spectators, visitors and film critics attended screenings and parallel events.
The International Jury of the 58th Thessaloniki International Film Festival comprised of: