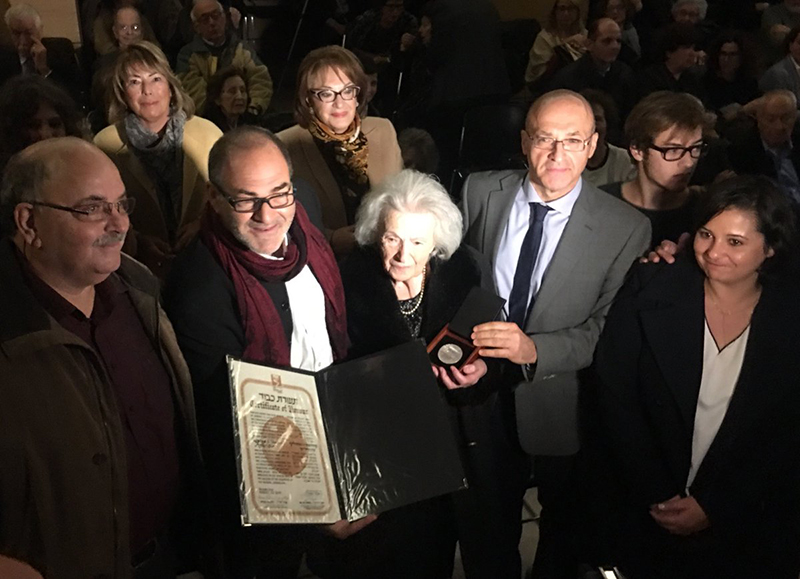 Yad Vashem; Israel’s official memorial to the victims of the Holocaust, recognized a 106-year-old woman from Thessaloniki and her late husband, as Righteous Among the Nations in a ceremony last week.
During the Holocaust, where thousands of thriving members of the Thessaloniki Jewish community were sent to the death camps, Vasiliki and her husband Kostas Athiridis hid five members of the Essel family: Marcus, Aida and their children Freddie, Janine and Jacqueline.
Marcus was a businessman who at one point in time had helped out Kostas. An appreciative Kostas told him that if he ever needed anything, he would return the favor.
During the Holocaust, Marcus looked for a place for his family to hide. After two people refused to hide his family, Marcus turned to Kostas, who agreed. Marcus and his family spent the remaining months of the war in hiding in the Athiridis’ home.
Kostas and Vasiliki kept their young daughter home from kindergarten for months, for fear that she would tell others that they were hiding Jews in their home.
The Thessaloniki ceremony was an initiative of the Israeli Embassy in Greece, the Yad Vashem Holocaust Museum in Jerusalem and the city’s Jewish community.
Diplomats, city council representatives, the president of the school, the head of the local Jewish community, middle school students of the local Anatolia school and members of Vasiliki’s family were among those in attendance.
Source: Israel Hayom