Thousands Follow the Footsteps of Pheidippides in Athens Authentic Marathon 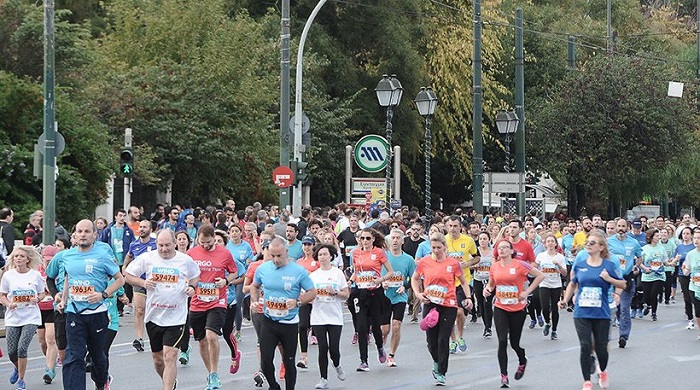 The 35th Authentic Marathon is taking place in Greece bringing together more than 51,000 runners from Greece and around the world, who are participating in the seven separate events.
Approximately 18,500 runners from around the world follow the footsteps of the legendary soldier Pheidippides on the historic and tough 42km course this year.
Most of the athletes competing come from the UK (1,054), Italy (1,000), the USA (834), France (815) and Germany (741). Other athletes have travelled from countries such as Brazil, South Korea, New Zealand and Vietnam.
All other runners participate in the 5km and 10km Road Race, the 5km Evening Road Race, Power Walking and the Kids Race.
Watch Live:
On Saturday, a group of torchbearers carried the flame at the race’s starting point for the lighting of the flame, located at the burial mound which sits 4km south of the namesake town.
The Athens Marathon has developed in recent years into one of the biggest annual sports events for Greece.
It stems from Pheidippides’ feat 25 centuries ago. The Athenian soldier, according to legend, ran from the battlefield to Athens to announce Greeks’ victory over the Persian forces and collapsed dead of exhaustion. He inspired modern marathon worldwide.