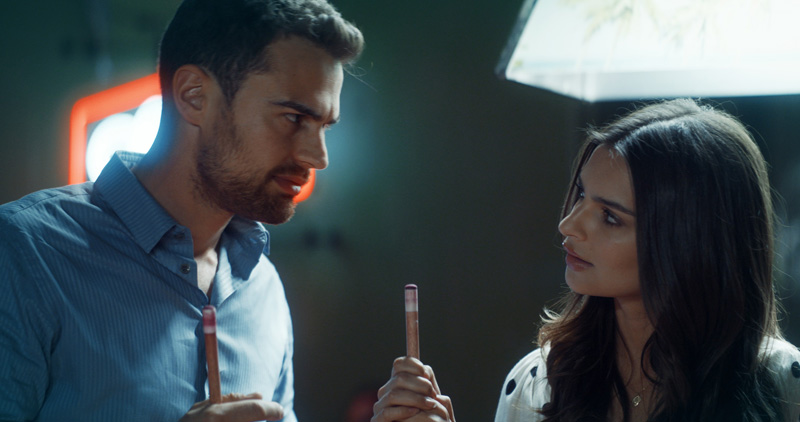 Greek-English actor Theo James has been spotted filming scenes from his latest movie, “Lying & Stealing” around Los Angeles along with actress and model Emily Ratajkowski.

The movie, a heist thriller directed by Matt Aselton, started shooting this week in the LA area. Fellow co-stars include Fred Melamed, Evan Handler, and Ebon Moss-Bachrach from “Girls”.

Theo James plays Ivan, a charming young thief who specializes in stealing high-priced art from socialites. Even after a lot of success in his field, Ivan decides he wants to get out of the business after one big heist.

He meets Emily Ratajkowski’s character, Elyse, an aspiring but not too successful actress who has a lot of secrets and a lot of debt. In order to cover her payments and leave her past behind, Elyse teams up with Ivan to pull off the biggest heist of his career. The two soon find themselves falling for each other.

James is also an executive producer on the film, which is slated to be released next year.