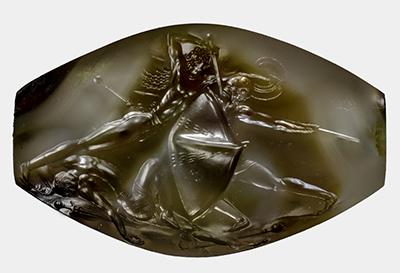 University of Cincinnati researchers unearthed an intricately carved gem; or sealstone, which they believe is one of the finest works of prehistoric Greek art ever discovered.
The “Pylos Combat Agate,” as the seal has come to be known since it was unearthed in Pylos, in the Peloponnese, depicts a fierce hand-to-hand battle. It is the latest and most significant treasure to emerge from the “Griffin Warrior Tomb”, which was hailed as the most spectacular archaeological discovery in Greece in more than half a century when it was uncovered in 2015. 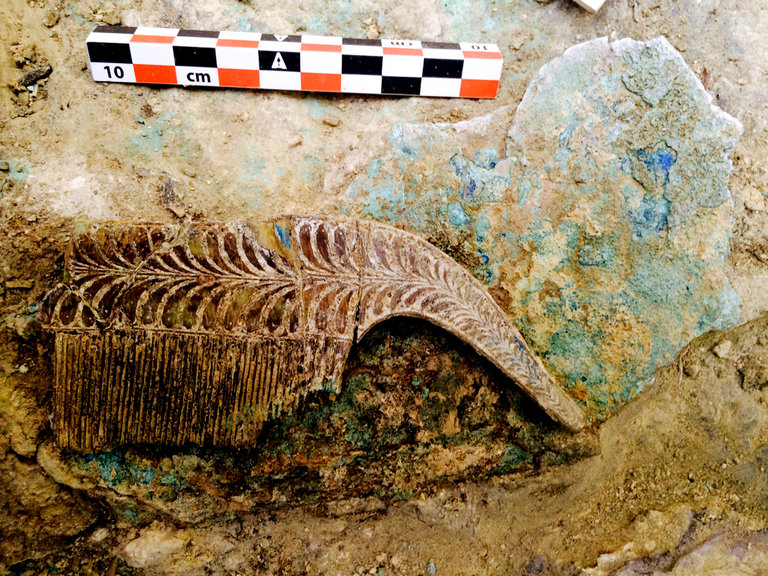 The remarkably well-preserved grave revealed the remains of what is believed to have been a powerful Mycenaean warrior or priest buried around 1500 BC, but also an incredible trove of burial riches that serve as a time capsule into the origins of Greek civilization.
The limestone-encrusted seal took over a year to be cleaned and reveal its artistic beauty and historical importance, a true masterpiece as archaeologists called it. They say that the Pylos Combat Agate’s craftsmanship and exquisite detail make it the finest discovered work of glyptic art produced in the Aegean Bronze Age.
Such exquisite detail in the representation of the human body was not seen until the classical period of Greek art, 1,000 years later. All that meticulously carved on a piece of hard stone measuring just 3.6 centimeters, or just over 1.4 inches, in length. Indeed, many of the seal’s details; such as the intricate weaponry ornamentation and jewelry decoration, become clear only when viewed with a powerful camera lens and photo microscopy.
The miniature masterpiece portrays a victorious warrior who; while plunging his sword into the shielded man’s neck, is turning his head to his next enemy in battle.
It is a portrayal of an epic, larger-than-life battle, that conjures heroes such as the ones described by Homer in “The Iliad”. Researchers say it reflects a legend that was well known to Minoans and Mycenaeans. 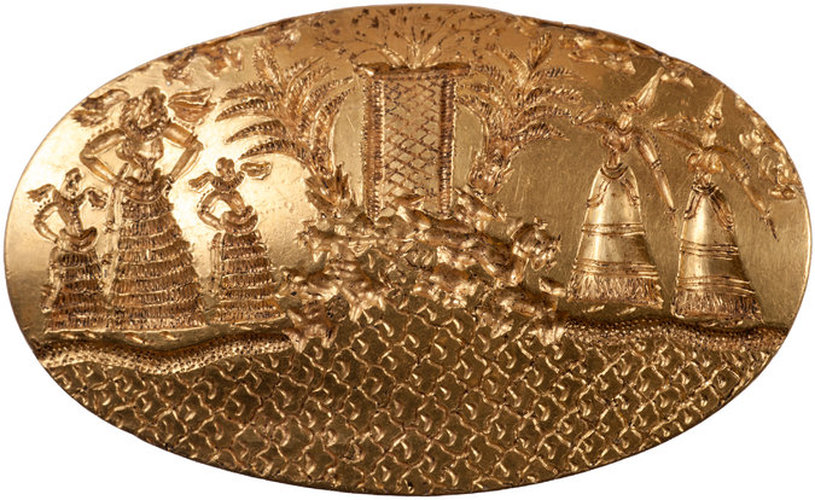 Historical theories suggest that mainlander Mycenaeans simply imported or robbed riches from the affluent Minoan civilization on Crete, southeast of Pylos. Although the Minoans were culturally dominant to the Greek mainlanders, the civilization fell to the Mycenaeans around 1500-1400 BC, roughly the same time period in which the Griffin Warrior died.
According to researchers, the Minoans were producing art that seems impossible to have been produced at the time. They find the detailed reproduction of movement and human anatomy as well beyond their time. That in itself prompts a reconsideration of the evolution and development of Greek art, and prehistoric art as well.